The Right to Know Begins with Learning

I just get sick when I hear proponents of Oregon 92 and Colorado 105 claim that they demand food labeling because they deserve a right to know.

As it stands, proponents of the ballot initiatives hope the right to know is a punitive tool.  It does not teach, it does not inform. It simply provides a means to distinguish food produced from certain farmers that chose specific seeds. It will be a way for them to conjure fear around perfectly safe foods, based on no real information. That's some powerful right to know.  What good is a right to know, if you know nothing, or worse, know false information?

What good is a right to know if you use it to harm farmers, consumers and the environment, let alone the needy that could benefit from advances in biotechnology? 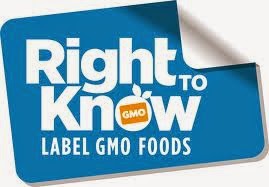 Is it was really about a right to know?
It if was, one could simply pick up a book and learn.


The problem with demanding a right to know is that there is no "know".  There's no knowledge. There's no education.  It is plunging into idocracy where loud mobs of the uninformed shun independent, reproducible science, clinging tightly to the flimsy claims of one-off reports and activist fear tactics. But the TV doctor and the guy selling the book say these foods are dangerous.  Why are they dangerous?   Doesn't matter. It fits the construct they want to believe, so that's good enough.

Nobody really wants to know. They want to hear what reinforces their beliefs.

The beauty of the internet is that these reports should be rather durable and history will write itself around these events.  My hope is that we'll use these corny social demands for non-scientific changes as benchmarks of our primitive ineptitude.  We'll remember that we had many among us that voted if science was true or not.  We can see who is behind the stigmatization of good science as evil, and maybe quantify the body count and suffering they caused by fighting science.