REPOST: A civil conversation about the future of food

The following article was printed April 7, 2015.  It was written by Iowa State student Kelsey Faivre after she attended talks by Vandana Shiva and me, Kevin Folta.

Shiva was invited to Iowa State University by a student group. Fearing the usual barrage of bad information, another group on campus invited me to provide the scientific counterpoint.  My whole presentation from 3/25/15 can be seen here.

Ms. Faivre captured the contrast between the two events well.  Reprinted here without permission from Feedstuffs where it was originally printed and no longer available. 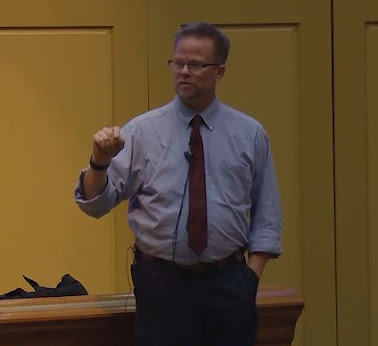 A civil conversation about the future of food

DR. Kevin Folta, professor and chairman of the horticultural sciences department at the University of Florida, recently came to lecture at Iowa State University.

The subject of his lecture was transgenic crops (also known as genetically modified organisms GMOs) — what they are, what they can do and how to communicate about them. Folta, who uses transgenic crops for research in his lab, has firsthand knowledge.

The main points of Folta's lecture were that transgenic crops have been determined to present no more risk than conventionally bred crops, there is an important place for them in the future of agriculture and that the debate surrounding them is not a scientific one.

With a clear majority of scientists supporting the safety of transgenic crops, the debate surrounding these crops "is a social one fueled by fear and misinformation," he said. Folta used a fungus-resistant strawberry and a citrus tree resistant to citrus greening as examples of future applications of transgenic breeding.

Folta's lecture followed one by activist Dr. Vandana Shiva, which happened two weeks prior (Feedstuffs, March 23). Though the topic of Shiva's lecture was similar — she and Folta both discussed the impacts of transgenic crops — the two lectures could not have been more different. Not only did their content differ, but their communication methods and motives clearly were dissimilar.

Folta presented the scientific consensus regarding the safety of transgenic crops, explaining that plant breeding is inherently risky, but transgenic breeding methods present no more risk than conventional breeding.

Shiva rejected this consensus, claiming that there are health risks associated with GMOs despite the fact that no cases of GMO-related illnesses ever have been reported. In fact, Shiva supported her anti-GMO agenda with research that Folta noted was either discredited — like the work of Gilles Seralini — or distorted by the media — as in a study regarding placental cells and glyphosate.

Folta said he wanted to connect with people who are concerned about the safety of their food and are at risk of being swayed by activists who benefit from others' fear and mistrust. It was refreshing to hear from someone who is a primary source of information and is clearly passionate about delivering the facts.

After being in both audiences, I felt that there was a more obvious discontent with Folta's message. One gentleman in the crowd interrupted Folta twice — the second time proclaiming, "I think about 90% of what you've said could be proven false."

Despite this angry, cynical challenge, Folta remained calm and responded with grace and kindness. Folta then used the challenge to illustrate his point that anti-GMO activists sometimes make more noise than scientists and farmers and use fear to cover up facts.

After his lecture, Folta stayed for more than an hour to answer questions on topics ranging from the ethical issues surrounding transgenic crops to the research he is doing in his lab. When difficult questions came up, he agreed to look into things further and follow up with individuals, and in one case, he invited someone to participate in a study with him.

Folta set a great example of how we, in agriculture, can engage non-science audiences in conversation. One of his ideas on scientific communication is that we have to, as he said, "stop beating people over the head with science"; the public wants to hear the facts without needing a Ph.D. to understand them.

He also appealed to the values of every person in the room, acknowledging that "at the end of the day, we are all on the same page and want the same things; we just bring different toolboxes to the table."

Having listened to both Shiva and Folta, the biggest difference I could detect in their messages was the tone behind the messages. I fear that my fellow students left Shiva's lecture feeling scared, mistrustful and conflicted. I hope those who listened to Folta left knowing more about the science behind the technology and feeling more reassured about the future of food.

No matter how you feel about transgenic crops, one thing is certain: Using fear, blame and mistrust is not the way to start or end this conversation.

Folta and an audience member discussed her genuine concerns about transgenic crops for almost a half-hour, and it remained a conversation rather than devolving into a verbal battle. At the end of her questions, Folta asked if there were any type of transgenic crop she would accept. After several minutes of deliberation, she admitted that using a transgenic orange tree to stop citrus greening would be a good application. That is what I call a success.

In my opinion, Folta did an excellent job of delivering facts over fear while maintaining a civil, open and conversational atmosphere. That is something to be commended.

I left Folta's lecture feeling something I haven't felt in a while: hope. We can open up a civil conversation about the future of food. By sharing our agricultural and scientific stories, we have the opportunity to cast light on the facts of modern food production.

*Kelsey Faivre is a sophomore in agricultural communications at Iowa State University. She was raised on a row crop operation in DeKalb, Ill., and raises cattle.

Letter to the EU

The European Commission is taking public feedback on gene editing.  I urge you to send your letter here:

If you need an idea of some aspects to emphasize, here are my comments:

Sustainable farming in the EU is critical; economic sustainability for EU farmers, and environmental sustainability for the limited agricultural land in the region. Keeping costs manageable for EU citizens and potentially bolstering agricultural exports or fostering less reliance on imports is important too. To meet these challenges, EU scientists should have full access to all technologies to produce safe and sustainable crops. As a scientist in the USA I have hosted dozens of EU scientists that are frustrated by policy that restricts their research and their ability to produce solutions for their home countries. The current restrictions are arbitrary, not science based, and reflect the whimsy of political/ideological views over a scientific consensus. My terminal degree is in molecular biology and I have followed genetic engineering since human insulin was created in microbes in the early 1980's. Gene editing, the process using sequence-directed nucleases, is a revolutionary technology that has already had tremendous positive impacts in agriculture and medicine. Briefly, in shaping a future EU policy the most important points to consider are: 1. Speed. Gene editing can often install the same genetic changes as plant breeding (making crosses), only it can be done on a scale of months rather than years/decades. 2. Precision. Gene editing can install genetic changes that underlie important traits (e.g. resistance to disease) that are known in plants broadly, but perhaps not present in that species. They would be impossible to incorporate with traditional breeding techniques. 3. Accountable effects. While gene editing is highly precise, it is prone to errors and off-target effects. However, our ability to sequence genomes provides a means to inventory the associated changes and assess them for risk, if they occur. 4. Sovereignty. The technology is simple and can stimulate new industry around regional crops, giving power to smaller EU companies and expanding seed invention/production away from a small, consolidated handful of multinational corporations. 5. Adaptability. Gene-trait associations are known to help plants mitigate the effects of temperature stress, salinity, flooding, etc. Being able to install these traits into established regional crop varieties will likely provide a rapid means to approach issues caused by climate change. 6. Rapid response. The emergence of new pests and pathogens requires a rapid means to adapt to new threats that cannot be achieved by traditional plant breeding. 7. Minimal risk. Gene editing techniques are much more precise than the well-accepted mutagenesis techniques currently allowed by the EU, and it can be done without introduction of foreign DNA, such as in the production of transgenic plants. The EU has unique challenges that demand that all tools be considered in meeting future food security needs. To hamper the hands of the EU's best scientists with arbitrary, emotional, non-evidence-based policy is a travesty, and will affect EU sustainability and seed choice in the near future. It is critical to allow European scientists access to the same tools to genetically improve crops that other countries have available. I'm very happy to answer your questions. Kevin M. Folta Ph.D. Professor University of Florida

Where does bad information begin and how does it propagate?  I speak with University of Connecticut law professor Robert Bird in this week's podcast.