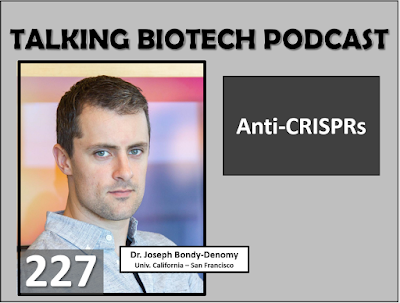 The arms race between bacteria and the viruses that infect them brought the Cas9 and similar editing systems.  These enzymes are essentially a bacterial immune system, and now are being exploited as important tools in genetic engineering.  To counter the bacteria response viruses produce inhibitors of the Cas enzymes. Dr. Joseph Bondy-Denomy is a professor at the University of California San Francisco that studies these inhibitors.  He discusses their discovery and potential applications.

The Inspiration of Being Un-Nominated

Awards and recognition are nice, not to litter the walls and mantle, but because they show that you have had impact and influence with a given group of respectables. It is a little pat on the back that your efforts are appreciated and meaningful. When your efforts sometimes came at personal and professional cost, that can mean a lot. 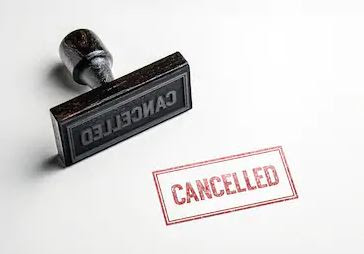 Not so fast, someone online says you have skeletons in your closet, and that could make things uncomfortable!


I'm not going to provide details.  However, I recently found out that I was to be nominated for a rather prestigious recognition.  That's great, and I was honored that people I deeply respect felt that I was worthy of the opportunity.  That's a win right there.

Today I found out that they are not going to continue with the nomination. Turns out that a discussion of the politics and optics suggest this maybe best be done sometime in the future.  Of course, it is no reflection on the body of work or impacts. It's just politics and optics.

I don't have a good handle on politics as they relate to such things. Others could be making the right decision and I'm dead wrong. I trust these folks and am comfortable with their decision.

However, if you read my blog, listen to my podcast, or listen to me speak, you know that I don't have a gear to back down from doing the right thing-- especially when an injustice is occurring and it is affecting someone unfairly.

And while I'd fight on someone's behalf, I understand why others don't feel the same way in my situation. Google does not tell a kind story about me. Hostile people have made horrible assertions, and professional defamers have defamed.  A front-page Sunday article on the world's most read paper made the proclamation that I trade multiple undisclosed grants from Monsanto for lobbying time and that "I'm on the inner circle of the agrochemical industry's lobbyists, PR strategists, and consultants."

I wish. I'm just a marginally relevant university professor that does some cool science in vertical farm lighting and strawberry flavor, and cares deeply about public education. The anti-biotech folks (and some within science communication) executed a perfect career assassination and it worked. Sure I made some mistakes and missteps. Sure I have said things I now regret, I'm a freaking human. Still, I don't fit the image that malicious interests have created for me.

However, that image was viewed as reason to step back and maybe consider it another time.

That's fine with me, personally.  However, it is not fine in what it says about the state of our society and its cancel culture.  A broad CV of accomplishment, service, above-and-beyond effort in science and science communication can be negated with a claim on a website or a nasty rumor.

Capitulating to such logic accelerates the problem.  It empowers the angry haters to target those they disagree with, as robots posting slander outweighs the good we do for others. A vicious rumor overrides a a scholarly record, or monthly visits to classrooms, or a science podcast that gets 6,000 weekly downloads.

It also broadcasts an unfortunate message to scientists-- get your head down, shut up, and don't ruffle feathers.  Don't engage. Don't extend. Color within the lines and don't make any noise.

That is the absolute opposite of what we need to be doing. Scientists should be leading the conversations in agriculture, medicine, conservation, and public policy about the environment.  Unfortunately, who would possibly stand up and fight for principles when the scientific community is paralyzed by political pragmatism?

So what is the path forward?

1.  Don't stop doing the right thing.  Do more acts of good work, dial it up, make more noise, color outside of the lines with a thick sharpie.  Be more creative with better work through more media conduits. If your employer or university tells you to simmer down, don't do it.  Put yourself in the cross hairs of contentious conversation and have the courage to speak the truth even if it hurts.

2.  Back the truth tellers.  Surround, insulate and defend those that are teaching lessons others find inconvenient.  Recognize their work, elevate their efforts. Share their work.  Amplify the good they are doing.  Damn the dissent.

Only when all of us are getting louder and fighting for what's right over what is politically expedient, painless, and convenient will we create a culture we wish to see.  We are seriously at the precipice where those that practice cancel culture are feeling empowered, and if we don't fight back the outcomes will be disaster.

For me, this means pushing harder to do better work, train more communicators, teach the power of truth-telling to quash the recreational outrage of the internet. I've already lost countless opportunities. I'm already google-dead.  There is nothing that can hurt me more at this point.

To be eliminated from consideration for this prestigious recognition has been energizing for some.  The anti-biotech forces that wanted me silent and the folks within scicomm that work to harm my reputation can take a victory lap. While this may have provided temporary success to the opponents of science, it now unleashes a new level of my dedication to communicating the truths that science gives us.

In the first part of today’s podcast Dr. Kayleen Schreiber and Jon Entine discuss the latest addition to the Genetic Literacy Project, a website called the Global Gene Editing Regulation Tracker.  This online resource provides instant access to the current state of gene editing approvals, along with information on gene drives and other important regulatory updates.  In the second half Dr. Bernadine Strik remembers her colleague Dr. Chad Finn.  Dr. Finn contributed in massive ways to plant breeding, particularly in the development of new berry varieties for the Pacific Northwest.  He also shared a tremendous interest in service to his community and to the scientific community, and was invested in students and the development of others. He was everyone’s friend. He left us suddenly and unexpectedly and leaves a palpable gap in our community. Dr. Strik memorializes his contributions and character. 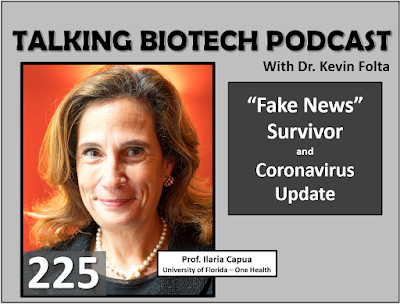 Dr. Ilaria Capua is an internationally recognized virologist, and a world expert in avian influenza and other animal viruses.  Following her effort to make genetic information about viruses more accessible in the interest of finding faster cures, she was unknowingly put under investigation, as she was central in moving viral information and samples to colleagues worldwide.  Wire taps and clandestine evidence gathering filled a file, that eventually would be discovered, leaked and maliciously reinterpreted, alleging that Dr. Capua was the mastermind of an international virus trafficking ring. She was accused in the media, without evidence, of providing viruses for others to spread so that she could profit from vaccines produced. These false allegations left her facing life in prison. Years later the charges were completely dismissed as manufactured claims by the media. However, the events were life changing. Today Dr. Capua has channeled her energies into broadening science education, and continuing her outstanding work as a virologist. In the second half of the podcast she provides her expert interpretation of the 2019 nCov Coronavirus outbreak, its origin, risks and concerns.

Listen to episode 225 of the Talking Biotech Podcast here. 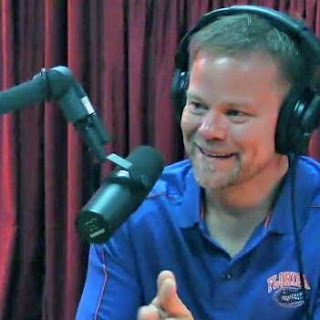 In November of 2019 I was told to end the long-running podcast series Talking Biotech.  I was devastated, and requested that the recorded episodes be allowed to run, which would take the podcast through 2019.

I then decided to continue the podcast using guest hosts. Modesta Abugu stepped into that role, and hosted four weeks of outstanding content.

I will return as podcast host on February 8, 2020.  The appropriate paperwork has been filed with my university for me to continue this outreach and education, but only to do it as "outside activity" -- a non-work-related effort executed outside of work time.  That's easy. It always was.

Having a clear delineation from the university allows new flexibility in funding. I have elected to not pursue advertising (although it was lucrative for a podcast with this much traffic).  Instead I'm requesting small support form this loyal audience, as even a few dollars per month can translate into better products and penetration.

Funds will be used to cover the traditional costs of websites, hosting, and bandwidth.  I also will expand the operation with improved equipment, a presence on YouTube, hire a producer, advertise to expand audience, etc.

Being told to end a long-running podcast series was devastating.  This is my passion and where I'm best. It was the support and kind encouragement from a loyal listener base that made these changes happen and I'm always grateful for that.