As usual, I was being berated by an anonymous "GMO-free" account on Twitter, and also as usual, responded with kindness and tact.

Another nameless account joined in the Folta pile on, responding to my tweet about Vandana Shiva being invited to give a talk at the FAO.  He reminded me about the "terminator" seeds that never were actually commercialized.

I offered a few words about my knowledge of the subject, but that was met with disdain. I sent a link to my CV so he could understand who I really was and what I really do. 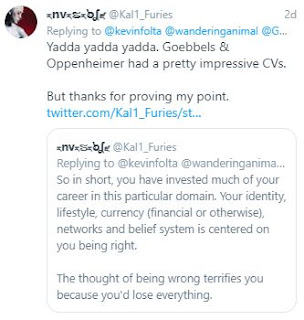 I guess I was not surprised to get such a response. I asked about why someone would listen to aggressive hate groups over a pubic scientist's actual record.

It was the best response I could have imagined.  It was the line I needed to drop engagement, block, mute, etc.  When people do not accept evidence and instead trash others based on what they think, they don't deserve your time and attention.  Trolls.  Spend your time influencing others that are willing to learn, and at least consider evidence before making decisions.

Thanks to my friend Freida for bringing this to my attention.  I'm glad to discuss it here, so that others can understand that this is happening. It is extortion.

According to Freida, Corner 17 Noodles and Bubble Tea is an exceptional small restaurant in St. Louis.  They offer authentic Asian cuisine, and are apparently the "real deal" according to Freida.

They were contacted by a social media personality that offered them the opportunity to be reviewed for a $100 food credit.  The owners politely declined. 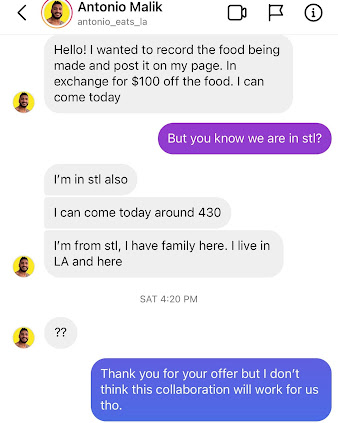 Self describing as an "influencer" suggests a certain level of confidence that you do in fact influence others.  It also comes with a certain sense of entitlement that people actually care about what you do or give a damn what you think.

In response to the owner's kind decline of the offer, Malik decided to write the review anyway. Apparently without actually visiting the establishment, or perhaps after actually visiting, he wrote a review that trashed the restaurant. 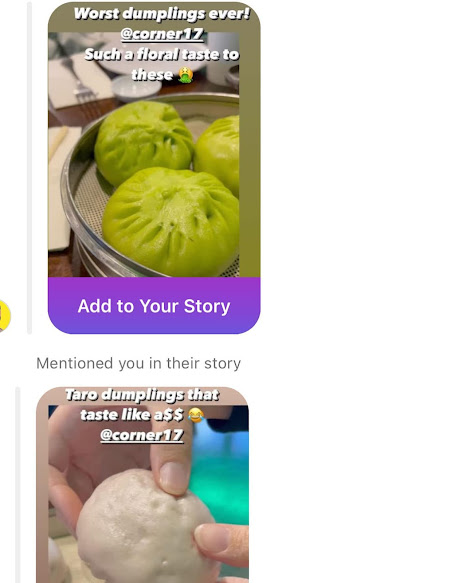 Maybe he actually went there, but such an unprofessional treatment of the business appears to be retaliation for them declining his "influencer" services.

Small business operates on thin margins, and restaurants are probably the thinnest. There is not $100 in a budget that spreads its quality and practice by word of mouth.

Malik might consider a softer approach, because he certainly is an influencer-- a negative influencer. He's someone I'd never follow or associate with.

At a time when democracy is threatened by a number of sources and media is a potent remedy or problem, the Madison WI based Center for Media and Democracy could be especially relevant. Their cause seems reasonable, and as an independent academic scientist, consumer and American I applaud some of their efforts.

Sadly, they have targeted me and other scientists for harassment.  They have posted pages that use omission, innuendo and inference to portray scientists they wish to defame in a false, negative light.

Their website about me does not mention what I actually do, awards won for teaching/research/outreach excellence, pursuit of opportunities of under-represented students, and my efforts to coach and promote faculty career progression.

Look at the  manipulation- the omission, the twisting, the extrapolation. This is what Center for Media and Democracy does to target a scientist they don't want teaching inconvenient science.

I have contacted CMD with kind requests to amend the information for several years. It is something I do now and then. No response from them.

I only posted this again because CMD's web page is being used by anti-vaccine, anti-5G, anti-GMO trolls to attempt to remove me from important conversations.

Take a look below. Here are CMD's wild fabrications and silly extrapolations that time has proven to be false.  Let's look at this point-by-point.