In the 100th episode of Talking Biotech Podcast Chis Barbey interviews me about my research, outreach, scicomm and next steps. 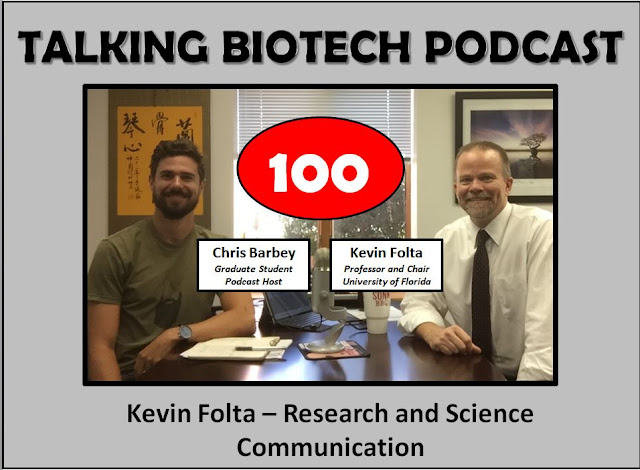 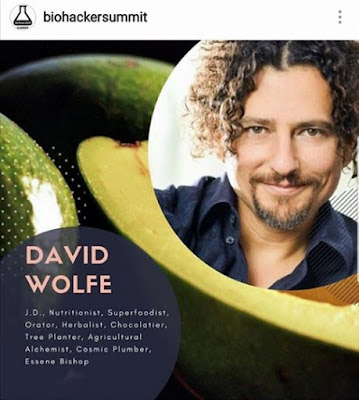 
Kudos to the science fans that raised awareness of David Avocado Wolfe being invited to address a scientific conference.  The Biohacker Conference in Helsinki removed him from the proceedings after a substantial outcry by science enthusiasts in social media.  Wow!  Special shout out to @Sarah_Zhr and Sebastian Cocioba for bringing this to my attention! 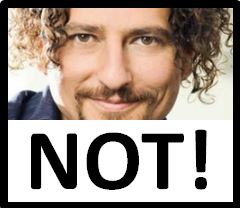 This is an example of the need for continued surveillance. Charlatans are invited to scientific events either by accident or because they create their own sections of the conference and organizers don't notice.

More about what happened here. 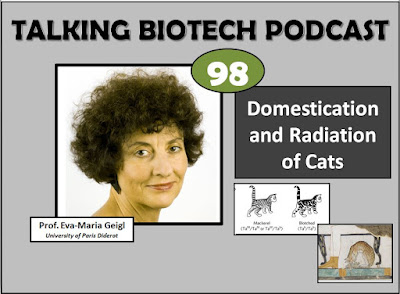 Domestic cats evolved from wild cats that found utility in human association.  They would benefit from protecting stored human food from rodents, and humans benefited from their grain stores remaining unmolested.  This week's podcast speaks with Prof. Eva-Maria Geigl from the Jaques Monod Institute and the University of Paris Diderot.  She is part of a team that has examined the DNA isolated from the mummified remains of cats, and draws important conclusions about their evolution and history.
at September 02, 2017

I actually did a spit take last night, snirked a perfectly good vodka tonic out my nose.

It was induced by a Triscuit commercial. 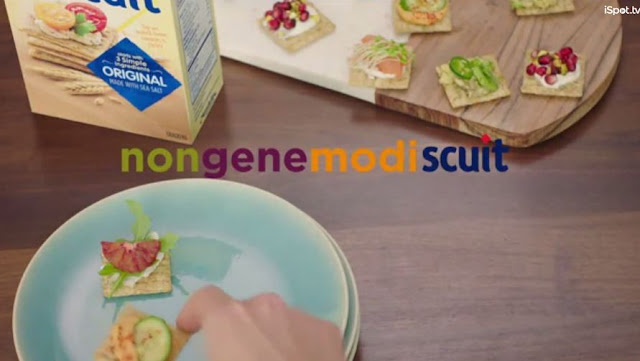 The new Triscuit commercial extols that it is now "non-genetically modified"-- which it never was, as there is no GM wheat

It is the familiar deceptive advertising that caters to fear to make a buck, and shame on Triscuit and Nabisco for doing that.  Yes, they'll sell a few more crackers to science-fearing conspiradorks, but they also propagate fear of food, vilify farmers and pass higher prices onto the poor.

The commercial ends with the actress saying, "I'm not genetically modified."  Someone better notify the vegetative propagule she budded off of.  She probably is a genetic amalgam, a hybrid of mom and dad, two genomes slammed together in unprecedented ways. That's a pretty radical genetic modification!

But this is not about science, this is about fear mongering to sell a product.  There is no GE wheat, and if there was, it would be just fine. 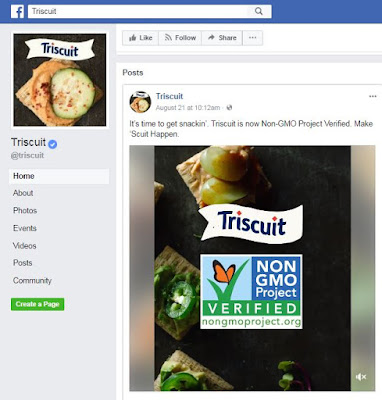 Quite a 'Scuit Storm Over on Facebook
>90% of comments decry this marketing foible, and are pro-science, pro-farmer, and standing up against Fake Transparency and manufactured risk.

But luckily, this insulting commercial managed to wake up a science enthusiast community.  The Triscuit Facebook page is shining with defenders of science, people making it known that they will not buy the product because of their deceptive marketing strategy.

And people are answering questions and countering claims, standing up for science with class!  (with some exceptions)

I'm not sure who Triscuit is trying to court with such proclamations. They are Nabisco, a big company with many tentacles in places the food phobic won't tread.  And the products still may be made with glyphosate as a harvest aid.

And the hard-core organic buyers aren't going to buy it either, so Triscuit is really putting their burlappy little crackers into a bad place.

I really liked the rosemary ones and the black pepper ones too.  However, as someone that votes with his dollars, I'll opt for those brands that market honestly, and don't play off of people's fear of science to sell a product.
at September 01, 2017