I was blown away to see that the South Florida Science Center and Aquarium was sponsoring "Science on Tap" an event at a local bar that featured a speaker on a scientific topic. However, the speaker for November 13th was a local dietitian with clear activist leanings, planning what appeared to be a baseless criticism of transgenic crop technology in her talk "GMO's (sic) Exposed".

My analysis of the speaker and the situation here.

A few emails and notes on social media brought a first wave of responses that suggested bringing in "all views" was the job of science and that her talk was appropriate.

My head almost exploded.  Since when is a "science center" promoting "teach the controversy"? 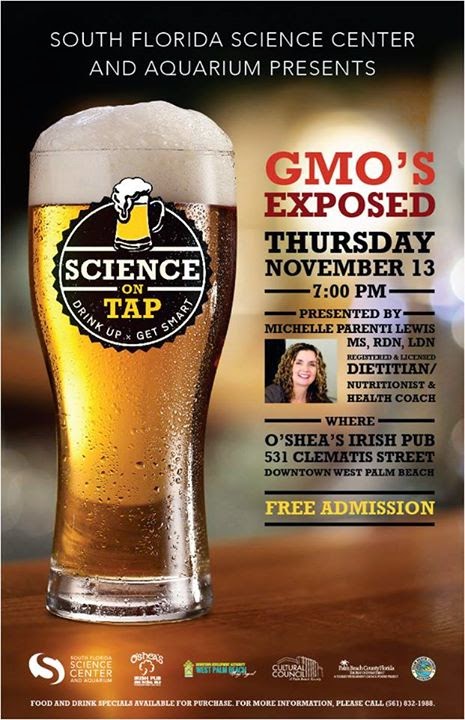 Science Center endorses a local dietitian to speak on the dangers of GMO foods.
Zero illnesses or deaths in 18 years.  88,000 deaths a year from alcohol.


Finally tonight I received word from their CEO that they'd be "pushing  back the start date of the event until we have secured an appropriate speaker who can represent the other side of the issue."

The other side (head hits desk).  They still don't get it, but we're moving in the right direction. Creationists everywhere got excited that the science center is now accepting talks for scientifically defunct ideas in an effort to hear all sides. 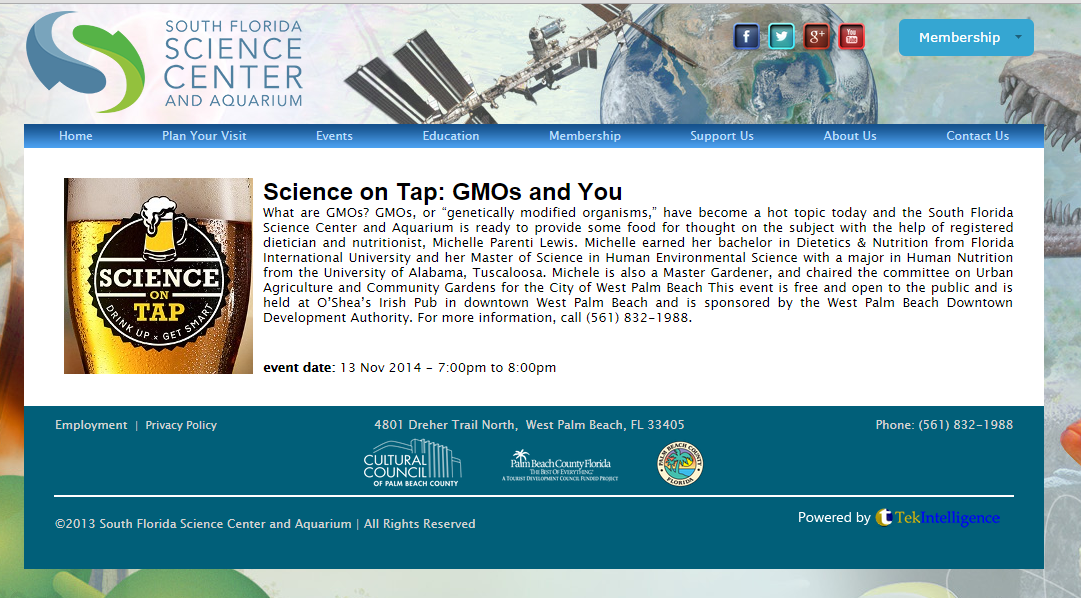 From their website, a changed title, no notice that the event has been postponed.


I advised to simply uncouple the South Florida Science Center and Aquarium from the event.  That's the best move.  They'd never bring in a psychic, a UFO expert, or a moon-landing hoaxer, or a Holocaust Denier, and then bring in a real  expert to show "both sides".  It falls directly into the creationist scheme of teach the controversy, when science clearly shows there's no controversy to teach.

We'll see what happens next.

It is hard to believe that a Science Center needs to be reminded about how science works.  It is not about presenting opinions of anyone that has one.  It is about hypothesis-driven data, good experiments, solid statistics and hard data.  It is not what a dietitian thinks and how she'll advance an activist agenda.

That's the stuff for the Whole Foods Community Room. Go there and spew nonsense. However, the endorsement of a Science Center must only be used to endorse science backed by the scholarly literature and the scientific consensus.