What started as a joke between friends has gone a little haywire.  SciBabe Yvette is a friend and she was shocked that her personal emails were being sought by The Food Babe Vani Hari. The idea was a simple one.  Florida has loose laws, so the FB wants to exploit that to get personal info on others, using me as the weak link.

So when Yvette threatened to send me a cat picture every day I thought it was funny.  I sent one back to her.  If our personal emails are Public Records...

This ended up being discussed elsewhere online.  Yvette and I had a short conversation about it on her Facebook page and then things sort of took off. 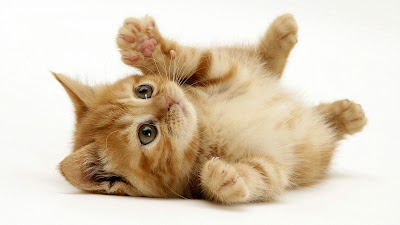 It is good to share niceties with a friend.  Sad that they become part of a record handed to activists.


I'm at a conference and have been barely present online.  Today I opened my emails to find hundreds of pictures of cats.

That's fine, but maybe cool it.  Most of all, please don't put nastygrams to VH in here.  Cats?  No big deal.  But please take the high road on VH personally.

I would advise folks to not do this, it can be taken the wrong way or made into something it isn't.  It was a joke between friends, just one of those friends has a following to w lot of cool people.

Thanks for not sending me cat pics.  It is a lot weed through to get my real emails.