Blowing the Lid off the Conspiracy

Last week I was spending a lot of time on flights, so I picked a few podcasts outside of my normal queue to fill my head with new ideas.  I read on Twitter about Take Out, a podcast hosted by Robyn O'Brien and Ashley Koff RD, so decided to give it a listen. One of the episodes features Carey Gillam.

Ms. Gillam works for US-RTK, the activist organization claiming to be looking for crimes and collusion between Big Ag and university scientists, while they really are a well-financed front group for Organic Consumer Association that is out to facilitate the libeling of scientists that teach about evidence-based food technology. While serving on the activist payroll, she writes for several outlets trashing scientists and technology, ironically, calling them paid shills.

She's been especially harsh on me, reiterating especially Eric Lipton's lies from his article.  But that will be fixed with time.  Let's see what's up here... 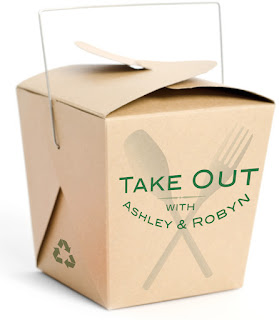 The Take Out podcast makes claims designed to erode confidence in public scientists, without evidence.


She makes a lot of claims that universities "support one industry" and plays the same boring cards that are not simply true. My department, and certainly my lab, work with dozens of industries, and almost all of them are in the conventional/organic specialty crop (fruits and veggies) space, and there's little/none done with Big Ag.  However, they like to paint us that way.

But I was interested in what Gillam was saying. She made a lot of claims that pointed to conspiracy. It was the same indictment of public researchers made solely to erode public trust in what we do.  I work with a very dedicated group of professionals that could have double the salary and much more access to resources if we did actually work for industry. We chose public science to serve a greater mission. The parking lot here is full, seven days a week.

Let's focus on two of the claims that were made:

@24:00   One claim was that someone in a University of Illinois  "grad program" was apparently conducting research that provided one result twenty times, but the funder, Monsanto, "didn't like" the result, so they kept repeating until they got the results the company wanted. Then they'd publish the one result "that promotes corporate interest".

@24:50  Someone in the University of Missouri working for USDA found negative information about glyposate and that was allegedly not allowed to publish the work.

So my question is:

US-RTK has stopped at nothing to obtain public records from any scientist that speaks publicly about the science and technology of genetic engineering.  Why do they not use the same FOIA laws to obtain the records associated with these two allegations?

I'll make Ms. Gillam a promise to work with her to address the issue at University of Illinois.  If companies are forcing, coercing, or influencing graduate students to perform academic misconduct and scholarly fraud, then this needs to be discovered, reported widely, and remedied. Anyone associated with such misconduct is to be identified and driven from public science.

I ask for cooperation between Ms. Gillam, her contacts, and anyone else necessary to investigate this fully, and obtain any and all protections for any whistleblowers involved.  If students were threatened, then the scientific community will get behind them. It would be unethical for Ms. Gillam to not report this, and for the future of these students, I'm glad to work with her to expose these facts behind this allegation.

Next, the allegation about the University of Missouri person with the USDA.  Ask them to provide me with the data that show clearly that glyphosate is dangerous or has some negative effect.  They may do this through Gillam without exposing their identity.

If the data are real and experiments sound, I'll publish them under my name.  Then once published, we'll expose the conspiracy.  The scientist will be protected from his/her agency and when the work survives peer review, they will have a tremendous lawsuit on their hands against their employer.

Frankly, I don't think these stories are true.  However, if she is telling the truth then it is necessary for all of us to stand up, stand with her and these suppressed/harassed researchers.  I promise full cooperation.  It would not bother me to have a common interest in exposing the truth.  I don't think she'll warm to this offer, nor do I think there every will be any evidence to support these allegations.

This is not the first time I've made such offers. In 2010 or so, I was at the TAM8 Conference and a speaker claimed to have a friend with definitive evidence that climate change was a hoax, but his data were suppressed, and he was not allowed to publish them.  I offered to publish them under my name. Nobody could not suppress me-- his "friend" would just have to give me the data and assist in writing the paper.  We'd do the test and expose the suppression!

My guess is that both of these cases are "well I heard" claims that frame scientists as weak pawns of corporations, and stooges that put financial interests ahead of the truth. It fits with the theme of Take Out and their parade of guests that aren't scientists or accepting of science.

But let's give her the benefit of the doubt, which is more than they ever do for me.  If either of these cases is true, then they need full attention, fast remedies, and appropriate disciplinary action.  We need to take such allegations extremely seriously, and I promise to do my best to work with her to expose such cases.

We should do everything we can to expose bogus claims, and chastise those that make them.


*** Ms. Gillam has been invited to discuss on the Talking Biotech podcast, and I'd be glad to discuss this, and any issue with her.