In the industrialized world approximately 40% of harvested food never is eaten.  Think about that. The limited resources of water and fertilizer, along with the expensive chemicals that protect plants from pests and pathogens, plus labor, fuel and other inputs... all of that wasted because food is not eaten.

My entire life I've been grateful for food.  I've been thankful to have access to so much, and glad to have options that the vast majority of people do not. 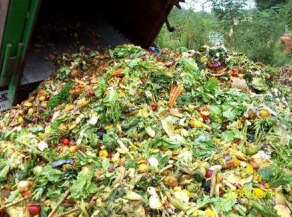 A mound of wasted produce, enough to make me soup for life. Wasted nutrition for those who would love access to produce, even if it is slightly imperfect.

It is heartbreaking what we throw away, especially what is discarded at the retail level. A 1995 USDA report say that 5.4 billion pounds of consumable food are added to landfills.

There are many solutions on many levels.  However, change is most likely to occur if solutions are simple and implementable.

Over the years I've made a point to buy the piece of produce that nobody else will buy.  We've all seen it.  It has a blemish, a funny color spot, maybe a dent or it is too small or large.  While perfectly edible, it typically remains unpurchased.

Buy that one. Take a picture, post it on Twitter with the hashtag #UglyFruitandVeg .  That's not my idea, but it is alive and well in the tweetysphere, often in association with the @endfoodwaste username.

This simple step does not solve the problem.  In fact, its impact is pretty small.  However, that piece of slightly imperfect fruit is better than what 90% of people on the planet have access to.  Think about that, and enjoy it, knowing that you are helping to decrease this first-world problem.

More importantly, spread the word.  Let's use this simple and implementable step to raise awareness of food waste.