Here you can get the seeds that represent the future of fruits and vegetables-- New Heirlooms.

These are Garden Gem and Garden Treasure tomatoes, new varieties produced by Dr. Harry Klee's lab at the University of Florida.  You can get seeds as a "thank you gift" in exchange for a small donation to his research program. 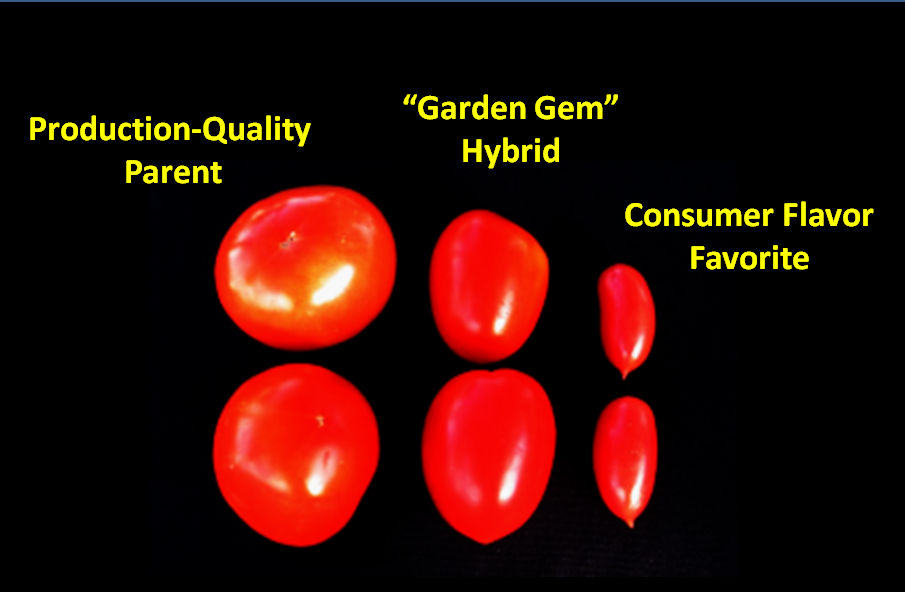 Garden Gem and Garden Treasure are two "new heirloom" varieties that were bred starting with consumer evaluation of huge numbers of heirloom varieties.  The best tasting were combined with a line that provides strong production traits. The result- A great-flavored tomato that performs well!

CLICK HERE, and donate $10 or more to tomato improvement at the University of Florida.  As a thank you gift you'll  receive 20 Garden Gem and 20 Garden Treasure seeds.  Put your shipping info in the space on the bottom. (Don't fill out "appeal code")

When you order a sandwich at Subway you can watch the guy lay out pink, anemic tomatoes on your sandwich like a Vegas blackjack dealer flipping produce. They are typically pink discs of disappointment. They are not the red thick tomato slices we remember from home gardens or roadside stands.

These tomatoes tend be bland, tasteless, and leave plenty of room for improvement, but still are a tremendous success story. Why? They were bred by traditional breeding to produce a consistent size, good shipping quality and resistance to disease.  These production tomatoes are still quite a genetic feat-- here one of the world's most fragile and perishable food has been bred for wide availability as a fresh vegetable product.  That's pretty incredible.

But these tomatoes have suffered a fate of many traditionally-bred crops. Plant breeders have priorities, and a great tasting soft tomato has no value if it does not make it to market. This is why shipping and disease resistance have to be considered first, with consumer priorities de-emphasized.

At the same time the opposite is true about the "heirloom".  There is a perception that the "heirloom" varieties have some magical quality that render them superior to commercial varieties.  Actually it is the opposite. An heirloom is simply a tomato that is missing the qualities that make them acceptable for commercial production. In other words, they may taste great but are susceptible to disease, are too small, or would not ship well.  The seeds have great value, but only for specialty markets or home gardens.

So what if there was a way to merge traditional breeding and heirloom objectives?  This is the concept of Consumer Assisted Selection.  I coined that term back in 2010 or so, as it frames our efforts to produce better quality fruits and vegetables starting with the consumer's desires and working backwards to products.  This is the strategy of the Plant Innovation Center at the University of Florida.

Dr. Harry Klee has a mission- to improve the tomato.  He scoured seed repositories and heirloom catalogs to obtain the constellation of tomato varieties available. Along with his team, they grew acres of heirlooms, then harvested them, cut them into little pieces and gave samples to panelists in an attempt to find the best-tasting tomato.

Several varieties emerged as clear winners in the taste-test.  However, these came from plants that barely produced any fruit or the fruits were too small for normal production. Typical heirlooms.

On the other hand, Dr. Jay Scott and the University of Florida Tomato Breeding Program had a tomato that makes a great parent. While it may not have the best flavor, it tends to pass along size and other favorable characteristics to its offspring. If you've ever enjoyed a Tasti-Lee tomato, you're tasting those genetics in action.

Dr. Klee put on his bumble bee outfit and carefully transferred pollen from the heirloom to Dr. Scott's production standard. A few weeks later the flower was gone, and a little green bead grew and expanded into a red, ripe tomato.

And it tasted fantastic. 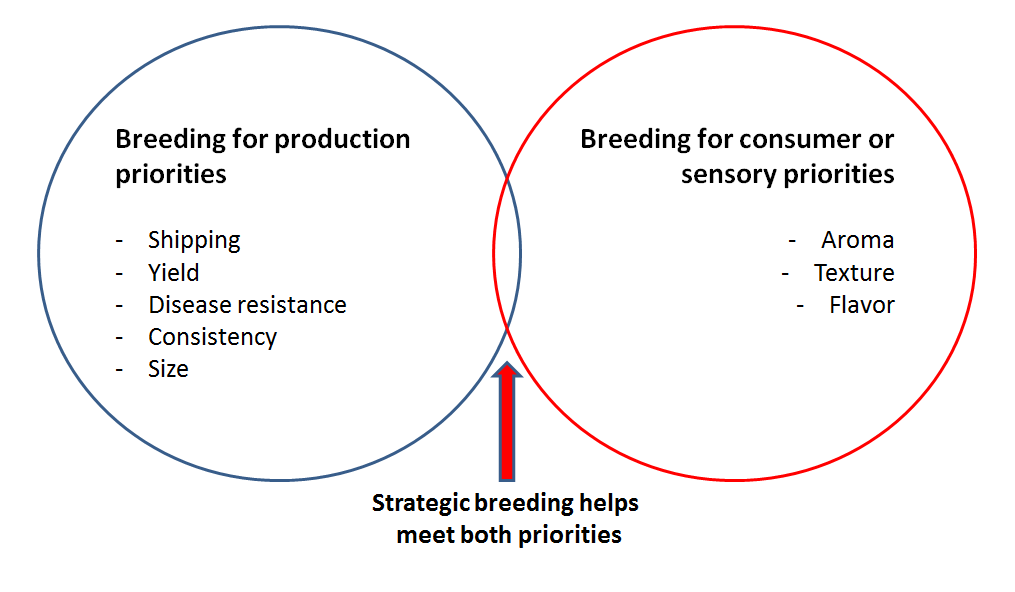 These new genetic combinations mixed the best-flavored tomatoes with the best production varieties, bridging these two genetic pools that were separated because of their different breeding priorities.

This is just the beginning.  How do we make better tasting fruits and vegetables?  By listening to consumers first, and then using genetics to hit the target they define.  This is an exciting new track now driving breeding objectives in tomatoes, strawberries and blueberries, among other crops.

We can look forward to new, satisfying varieties that merge the best of production traits with the historical successes that delighted the senses.  These are new heirlooms, and they open an exciting peek of what is coming in plant genetic improvement.

Here are more details of the story and the individual varieties! I hope you order some seeds and give your feedback to Dr. Klee so he can build your ideas into the future of tomatoes!