Since the beginning of plant genetic engineering, one of the central criticisms has been that we never can predict the long-term effects of T-DNA integration.  T-DNA stands for "transfer DNA", and it is the little run of genes and stuff that is integrated into the DNA of the new host organism.  It is the piece of DNA that activists claim will unleash unforeseen devastation, and is the basis of all that's evil and wrong with the world, leading to disease, destruction and lost socks.

Kyndt et al. find T-DNA in sweet potatoes-- but Monsanto didn't put it there, Mother Nature did.
Mother Nature is a Monsanto shill!


I'm not surprised.  A soil-borne plant pathogen that inserts its DNA into plants, probably has done that a few jillion times over plant history. Agrobacterium tumefaciens, or "Agro" is the bacterium that transfers a bit of its DNA to the plant in the hope of adding a few genes to make bacterial life more hospitable. It is the bacterium that is like the old college friend that shows up, moves in, but at least brings their own beer and bean bag chair.

Apparently at some point during domestication the a sweet potato plant became infected with Agro, and the integrated DNA has been passed along for generations. Today these bacterial artifacts are on the Thanksgiving Day table and have been a human staple for hundreds of years, and nobody has been harmed.

If you look at 1990-2010 USDA sweet potato production statistics in the USA, and compare them against MIT's finest scientist Dr. Stephanie Seneff's work, the results are clear. 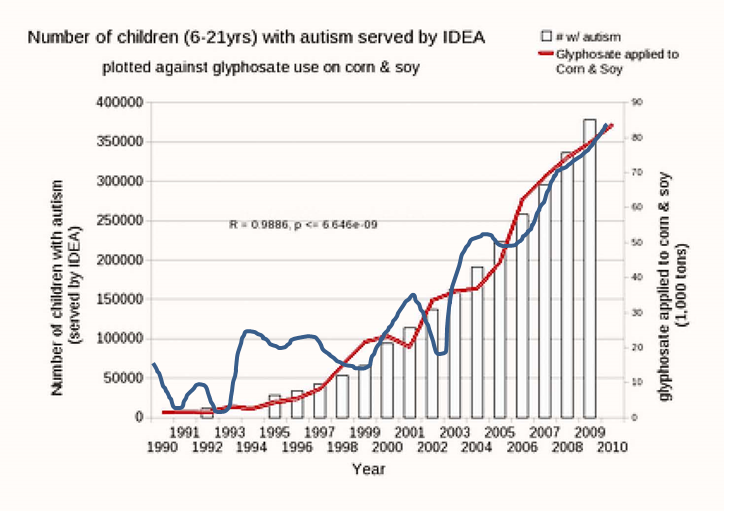 Sweet potato production (blue line) and autism (bars).  Clearly the T-DNA in sweet potatoes is causing autism.  Or autism is causing sweet potatoes.  Glyphosate use (red line) might somehow also be related because it is involved in everything else.

Tonight the activists are working overtime, getting labels ready for sweet potatoes and trying to figure out how Monsanto built a time machine and did such evil deeds many thousands of years ago. At this rate, there will be more sweet potatoes, and if Dr. Seneff's logic is any indicator, there 1 in 2 children might have a sweet potato by 2030.

T-DNA insertions are natural elements that dot plant genomes and potentially play roles in domestication.  It will be fun to hear how the realities of science continue to erode the arguments of scientifically broken movements.  How will they possibly distinguish Mother Nature's happy and benign T-DNA inserts from the deadly, poisonous ones introduced by humans?

I'm excited to have a front seat for this discussion.