Paul Thacker fancies himself a journalist that exposes unethical industry-academic collusion and impropriety.

The problem is, he's easily fooled.  He spawns false information that upon publication is frequently either retracted or corrected after publication.  Less credible media leave his word puddle uncorrected.  He's not very smart, and is an incredibly boring, rambling writer.  He is not analytical, not scientific-- instead he actively cherry picks and warps information to conform to the narrative he (or his sponsors?) wants told.

His hit pieces get a pathetically few retweets and shares.  He's largely irrelevant, even to anti-biotech folks, which is why I never wanted to give him the sick glee, exposure, or personal jollies by publishing a critical analysis of one of his (boring) tomes.

However, with the intent to harass, he continually uses social media to cite his own shoddy work as authoritative evidence that others (especially me) are corporate pawns, sworn to do the bidding of companies that seek to exterminate human life on the planet with technology.  Because that's a great business model.

His modus operandi is simple-- tarnish the reputation of legitimate scientists he targets, using false information, wild interpretations, untruthful extrapolations, and bogus claims. The Union of Concerned Scientists has even written about his brand of harassment. What a guy.

Sadly, he sometimes exploits legitimate news sources to publish his filth.  The LA Times (where they basically republished the retracted PLoS story) and The Progressive come to mind.  Others have denied him a venue or retracted his claims.

Paul Thacker sports a special hateful tumescence for me.  He stalks me online, searching for any opportunity to tweet contrived false or negative information about me. It has gone on a long time. I usually grab a screen shot and ignore it. I don't care about him. 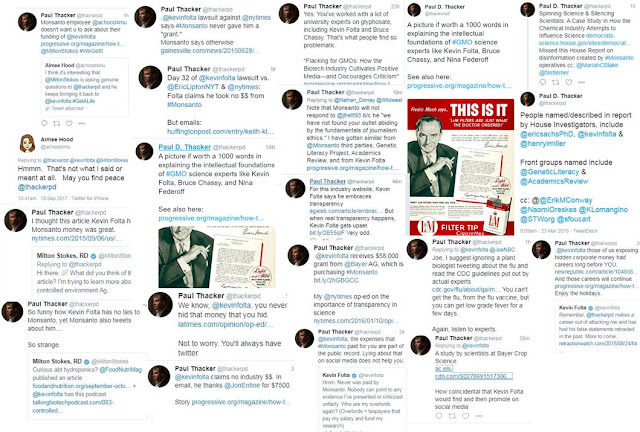 Here is a sampler of this volcano of harassment.  That's just the tip of the iceberg.

But at some point when you endure almost daily harassment and abuse, it is necessary to comment.  Recently his rain of smear is becoming more intense, so perhaps it is time to show just how malicious this guy is, and illustrate his commitment to harming my reputation and career.

It also is a good time to spank The Progressive.  I warned them that Thacker was going to use them to publish an attack piece with little merit.  They published it anyway.  They also refuse to correct it or offer apologies.  The editor offered me a 250 word letter to the editor.  Thanks for that.  Shame on The Progressive.

I used to like The Progressive.  We're on the same page for the most part, but I'm disappointed that they'd host hostile pieces about public servants.

Since Thacker routinely cites a junk article that The Progressive was glad to publish, it makes sense to produce a critical analysis of that work.

The next panels show The Progressive article by Thacker, with my corrections and comments in red.  Enjoy, and reach out if you have any questions or commentary.

Paul and I share a common interest in transparency. My finances, grants, reimbursements, etc. are all public record and provided in great detail at this site.  Folks like Thacker use that commitment to transparency to develop false narratives, as you see in the panels below.

Make some popcorn, enjoy his vitriol and the gentle illumination I provide. 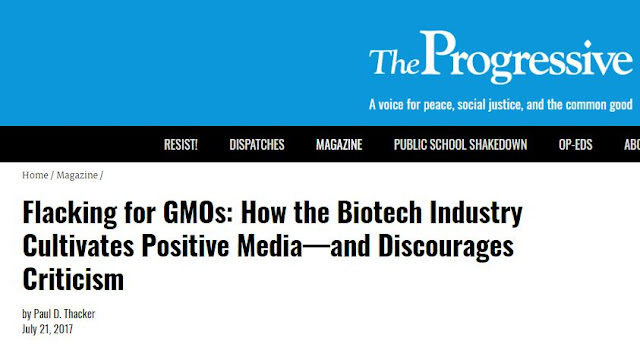 The title should be a "scientist shares published evidence, and scientists ask experts in journalism to help them be better communicators."


(click to make larger. It does not start at the beginning, but maybe I'll do that later.) 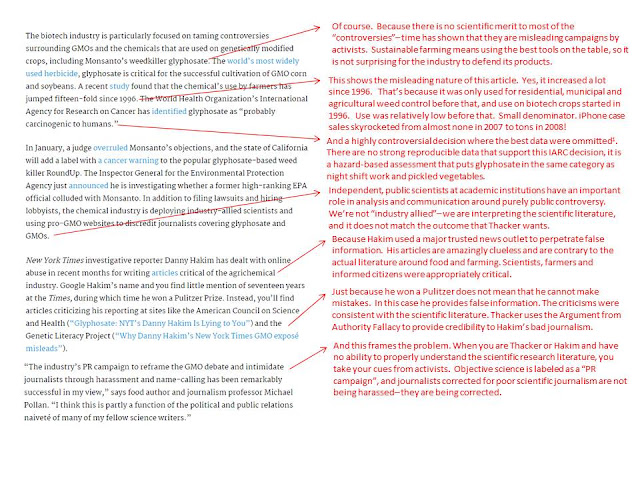 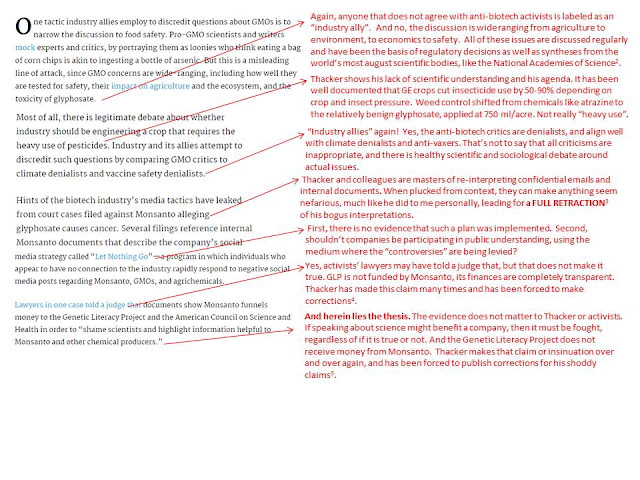 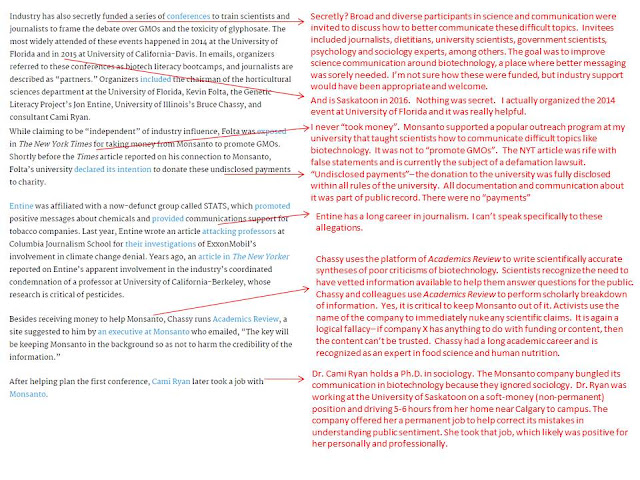 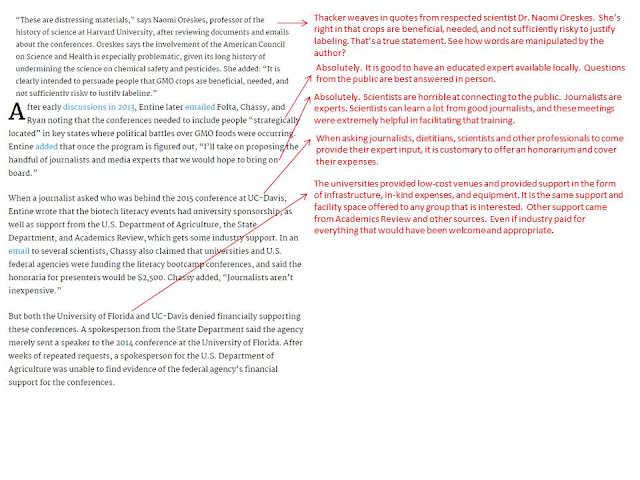 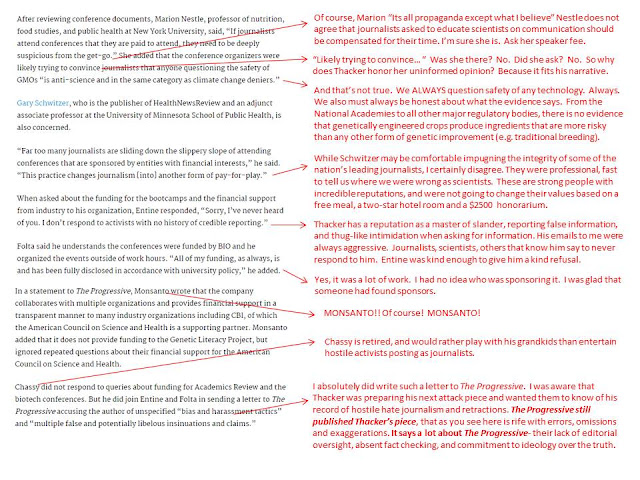 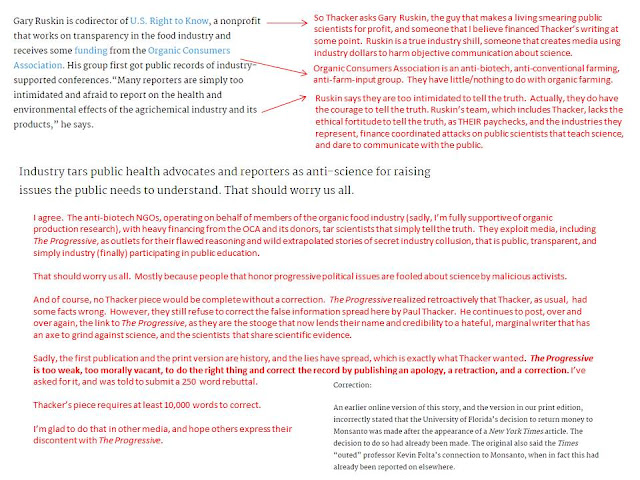 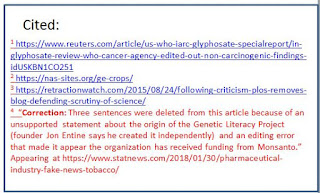 In conclusion, the article in the Progressive is consistent with the level of innuendo, error, extrapolation and false association found in his normal work.

It is sad to see someone so aggressively against public scientists.  It is even sadder to see that reputable outlets fail to fact check and offer refuge for such publication.
at May 03, 2018