Another Lost to "Distracted" Driving

I can't say for sure that I've ever met Shawn Smith.  Chances are that I likely rode with him at some point, but was likely riding behind him as this elite cyclist disappeared over the hill in front of me. Gainesville, FL has a pretty tight-knit cycling community of riders, with excursions pedaling out daily from the edges of town on to beautiful country roads.

Hardly a time goes by that group rides are buzzed by drivers passing too close. Some do it because they are impatient and won't slow down to safely pass. Some to it on purpose because they feel a sick need to harass athletes or recreational riders.

Others do it because they are staring at a phone, reaching under a seat, or engaging any one of dozens of activities not conducive to driving.  We see it every day as drivers.  That car drifting  into the bike lane, then rapidly pulling back to where it is supposed to be.

Distracted drivers kill almost ten people a day, and injure about 1000 a day.  That's about on-par with non-suicide gun deaths, a place where there is plenty of rage and stiff penalties for criminal infractions.

This week a "distracted" driver killed Shawn Smith, an accomplished cyclist that trained daily on Alachua County's gorgeous roadways.  He leaves behind a wife and 13-year-old son.  He was hit from behind by a driver in an F150 pickup and died the next day. 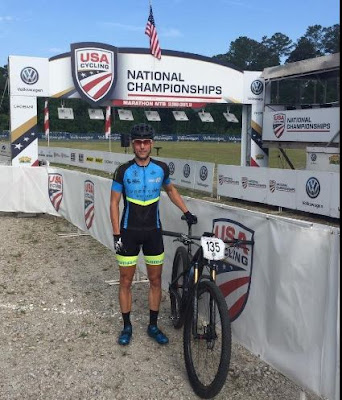 The Gainesville cycling community loses another to distracted driving.
This is Shawn Smith, husband and father.


It is imperative that we add some nuance to the term distracted driving. We need to define what the distraction is and act accordingly.  Is it unavoidable, like a blown tire or weather?  Or is it completely avoidable, like texting a friend, searching for a phone number, or looking for a radio station?

The latter are conscious choices, decisions one makes fully understanding that there is risk in engaging those behaviors.  It is the same thing as drunk driving, maybe worse, because the decisions are unimpaired by chemistry. They are a product of free will, and conscious disregard for others.

In this case, if it is determined that the driver was distracted by choice, he/she will get a slap on the wrist and maybe a fine. We've seen that plenty of times before.

When graduate student McNair Bostick was murdered by a distracted driver, the 18 year old driver received a $1500 fine.  The soon to be Dr. Bostick's wife and newborn son lost a husband and father.

When a friend's brother was hit and killed in Miami, the driver received no punishment.

And the same will likely happen here.

I'm not sure what the solution is.  The best might be to make consequences so disproportionately severe that drivers just don't go there.

But to Shawn's wife and son it does not matter.  They have been robbed of a beloved father and husband.

We live in a time when riding a bicycle is one of the riskiest activities you can engage in.  Accidents do happen and always will.  But accidents caused by choice are not accidents, they are examples of deliberate contempt for the law and conscious knowledge that their negligence may harm someone else.

Let's start raising retribution for harms caused by distracted drivers.  While I'm typically against draconian measures to curb behaviors, this is one place where they should exist. Distracted drivers are more dangerous than drunk drivers, and we need to ramp up the social stigmatization and demand the most severe penalties for offenders-- especially if they harm someone else.
at May 11, 2018