Prepping for the Next Smear Campaign

November 04, 2017
Last Friday my university released another 2000 pages of my email to hostile interests, and Monday they will release another pile to US-RTK.

US-RTK is the activist organization that is funded by the Organic Consumer's Association, among others. The goal is to destroy the reputations of scientists, journalists, dietitians and others that are influencing the discussion of biotechnology, particularly as it applies to crop biology.

At the same time they fund folks that pose as journalists and authors to prepare non-scientific articles and books that appear to be legitimate, then they self-review the work of people they pay to write. They are a hive of conflict of interest, pointing a finger and screaming 'conflict of interest' where no conflict, or some tenuous cursory relationship actually exists.

The email grab this time is for all of my correspondence with Bayer. This is curious, because I just received my first "Big Ag" industry grant from Bayer. It is a little one, and the request for my emails came shortly after the grant appeared on my lab funding website.  The grant started Sept 18, 2017 and runs until September 17, 2018.

If US-RTK follows the usual scheme they will create a story, and then hand it to a willing reporter who will write about how this secret collusion in undisclosed financing is a trade for lobbying favors in Congress for "Big Ag". We've seen it before.  Remember, their goal is to damage reputations of independent, public scientists, not tell the truth. 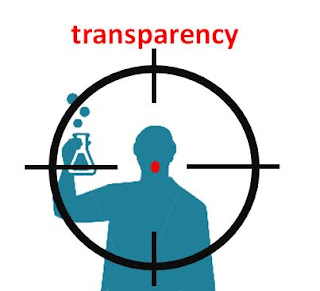 In public universities we celebrate transparency.
Today it is used, at taxpayer expense, to target scientists with the intent of permanent reputation damage.

You can libel someone and it becomes part of their Google DNA forever.  That's why these smear campaigns are so effective.

1.  It harms the credibility and opportunities of lifelong public servants, teachers, and researchers. Career advancement is lost and additional opportunities are compromised.

2.  It guarantees that others will not enter the discussion for fear of their own careers, their safety, and family welfare.

So what's the deal with the Bayer sponsorship?

They have a small grants program to discover small molecules that can have roles in controlling plant growth.

We have a new method to discover small molecules that have roles in controlling plant growth.

Their opportunity and our technology fit hand-in-glove.

It is not some "GMO" thing, not some crop thing, it is discovery of new chemistries that do useful things.

My lab's paper was published back in August.  We show a novel approach that can be used to potentially identify new biostimulants or herbicides in plants, or even new antibiotics in bacteria.

Over the last two years I have tried to find support for this work.  NIH, NSF, etc all think it is cute, but it does not fit any programs for funding.  They want to test hypotheses, not generate resources. I totally get that.

The University of Florida funded the original work through the highly competitive Seed Opportunity Fund. That was $85,000 in 2015.

The current support from Bayer (about $57,000) barely funds a postdoc for one year, salary, fringe, health insurance, and a bit left over for supplies.  I am grateful that I was able to find a highly talented and skilled postdoc that saw potential in the project and accepted the challenge of jumping into a project that has such a limited time frame.

And of course, not a penny goes to me personally. It all is used to fund an early-career scientist, and hopefully she/he (to protect their identity, the scientist has been in the lab since 9/18) will use this opportunity to publish high-profile work that will launch his/her career.

So it will be fun to see how the deviates and smear-meisters at US-RTK spin this, and which complicit reporter will push their false narrative.

Once again, our commitment to transparency permits us to be targeted from malicious, deliberate misinterpretation of our personal correspondence. It wastes our time and your taxpayer dollars.