The class action lawsuits against glyphosate (the active ingredient in the herbicide Roundup) have created some interesting situations and odd bedfellows. A compound described as low-toxicity by dozens of government agencies, companies and independent scientists is claimed to be toxic by Carey Gillam and activists worldwide.

What is their evidence?  Private emails from within Monsanto itself. 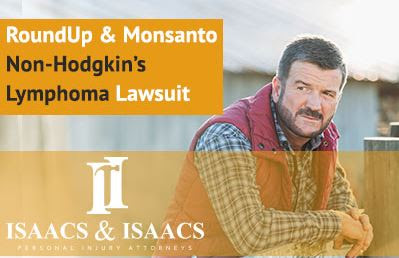 So in other words, Gillam and the rest of the activists feel that the work from Monsanto employees is of such a high caliber, such a great quality, so worthy of their trust-- that the rest of the allegedly independent scientific world (including the governments of Germany, New Zealand and Canada) can't be trusted.  Hacks all.

It is basically a conspiracy.  The world's "independent" scientists, government agencies in the USA, the European Food Safety Agency, and hundreds of academic scientists that have studied the compound's safety, are uniting in a cabal against the truthful Monsanto employees that find risk-- that they somehow everyone else does not see.

While activists proclaim that the company lies at any cost, Gillam and others' dependence on their private emails as a basis of their claims indicates that the company does high quality work and that its employees are outstandingly trustworthy.