Disgusted with (Some) Science Advocates

Just when you think the social media discussion of science can't get any more gross, it does.  This is no longer a discussion about science, about whether to play with DNA or vaccinate kids, about climates changing or chemtrails overhead.  What we are witnessing is a new low by a tiny sub-population of out-of-hand science advocates. The brutality, harassment and name-calling scientists have had to endure, is now going back the other way from those that claim to represent a science-minded community. 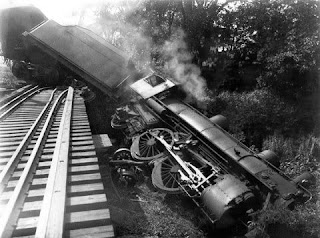 Some folks need to rethink their direction if they want to get where they are trying to go.

This is no longer about science. It has entered a realm of basic right and wrong. The day science advocates start denigrating others in our name, we've lost, and you shift the focus from bad science to me as your central problem.  Stop wasting my time.

I'm not mentioning names. I received a tweet early this AM stating that we need to use social media to drive mass reporting of a popular alternative health website, in the interest of getting it banned. After all, that's what they did, apparently.

I visited the associated Facebook page only to see that some had already boasted about recommending it for shut down.  Specious reporting because they disagreed with content, or in retaliation for the fact that that website was apparently used in the same take down of a 70k-member science-advocacy site.

I expect this from the anti-GMO, anti-whatever communities.  They have ridden me to the point where I was ready to  quit science, where I wanted to just disappear.  I have been personally harassed to the point where I sat in a plane, off to another talk, and hoped it would crash in a ball of flames.  No kidding.

Harassment continues to this day.  They just broke into my office two weeks ago. They reference the damaging false claims about me, the endless images attached to me forever on the internet, the slander, the hate.  I don't want anyone to endure what I deal with, and I don't want anyone claiming to stand up for science and reason to ever harm others in this way.

Trust me. It sucks. Don't do to others what they did to me. Don't be them.

You will win this the right way, with data and evidence, by being a teacher.

Raise your damn game.  This is too important, you are turning off the people we need to reach.  You are making my job harder.  If we are going to change to hearts and minds, we are going to win the heart and appeal to the mind.

Tearing down others does not make us bigger. Raise your game. Elevate this conversation.  Remember that you represent something important.  Truth.  Deliver it on a silver platter to those that need to know it, not with a four-letter word or fist to those you don't like.

That's how we'll create the change we need to see.