It seems like every spring I need to solve a crisis around blue strawberries, mythical creatures that someone is exploiting for fame or fortune. Here we are again.

Several years ago a clever student asked a rhetorical question to the internet about the utility of a blue, "GMO strawberry". Despite no such critter, the internet exploded, causing the US strawberry industries to have me draft a press release. It was that crazy.

All because of a photoshopped strawberry. The CMO.  Computationally Modified Organism.

Here we are again.  It turns out that unscrupulous off-shore entities are dealing in fictitious plants.  I was alerted to ads on Ebay and Amazon that present these photoshopped seeds. 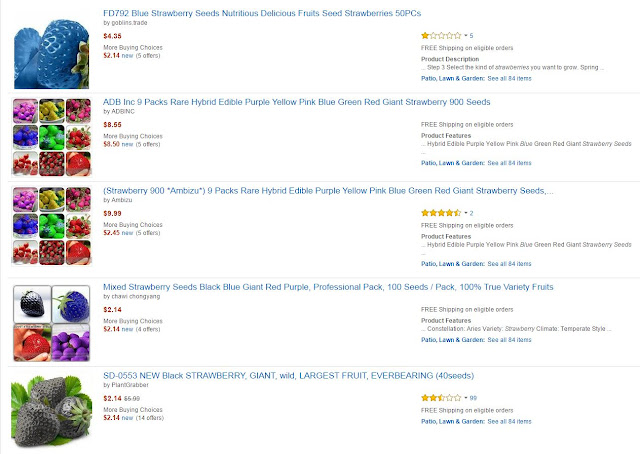 According to the sellers these are novel products for the garden.

Notice that most of these get rather poor ratings, on par with unicorn jerky and bigfoot-fur sweaters.  Things that don't exist never perform to the buyer's satisfaction.

Most of the reviews claim that the seeds never germinated or that they were stopped at customs.  Some buyers report growing plants, but nobody with a fruit.  Vendors probably kill real strawberry seeds by heating them and then sell them as legit, so you get seeds that just don't do anything.  One born every minute, and their money is in the hands of the swindler. 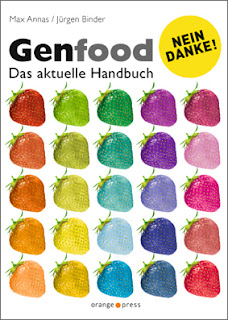 The German anti-GMO movement has even used this fötöshöp method to heighten disgust of a technology around a fruit that does not exist.


My guess is that someone realized that they could exploit gardeners' interest in novel plants, and photoshop is a lot faster than the decades or breeding needed to make them.

So once again, there are no blue strawberries.  Or black ones.  Or glow-in-the-dark green ones.  Strawberries are sweet and nutritious, one of the best fruits on the planet. It is easy to see why they are the target of exploitation.

Be careful out there.  We all are interested in novel flavors and colors, and now there is a market willing to exploit that.