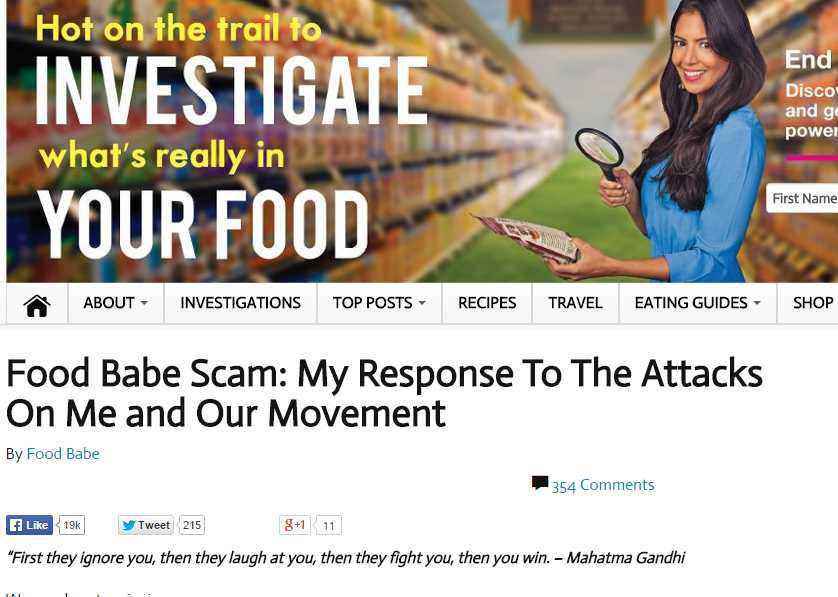 When you can't discuss things scientifically, just do your best to make sure critics can't be heard.


This is the level of Hari's continued assault on science and reason in the food theater. After a rather pointy article in NPR's The Salt blog, she now throws herself on the sword, a victim of Big Food and Evil Scientists. Like me!

On her website about the "attacks" she refers to me loosely... 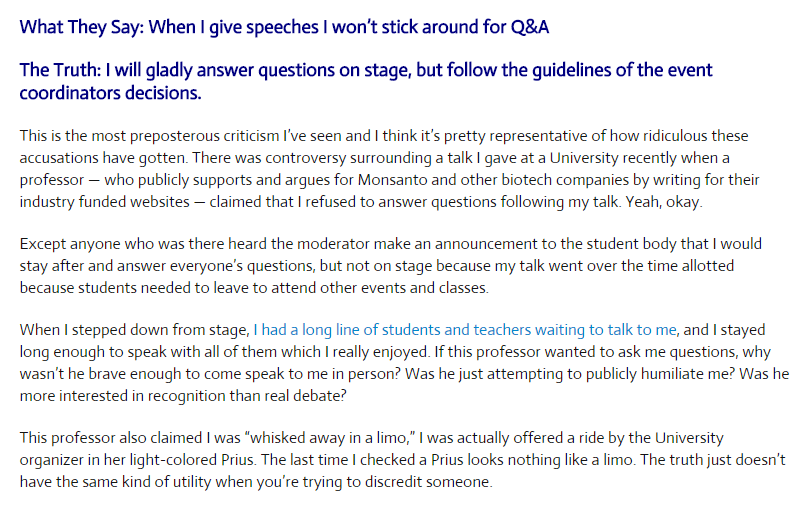 So I decided to comment on her blog.  Of course, I knew it would be taken down,  Comments that don't stroke her warmly are eliminated by her crack team of censors. I did put up a rather soft and forward-thinking defense of my position. 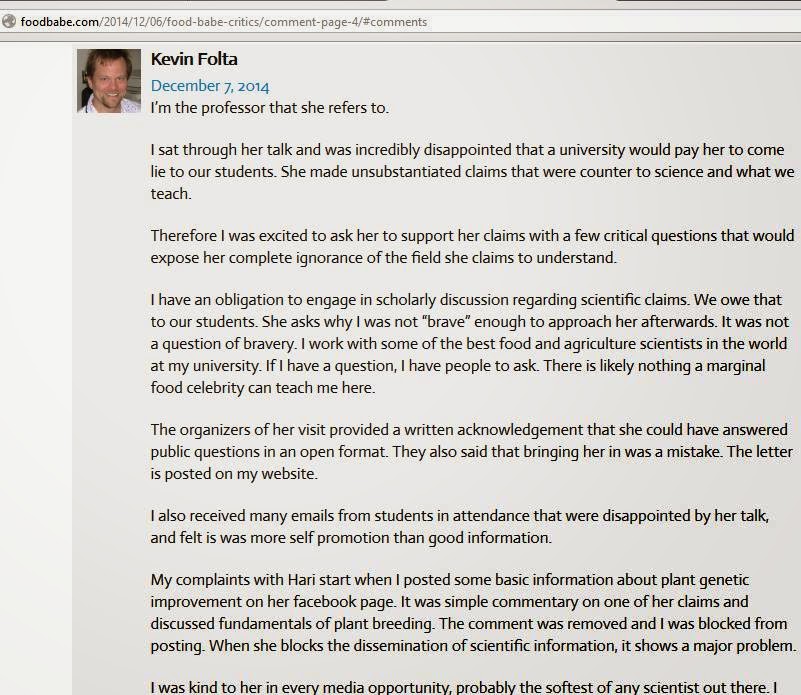 Luckily someone took screenshots of this, because it was deleted within an hour. She can tell the world about my non-existent relationship with Monsanto, but then blocks and deletes critics that hold her accountable for actual facts.

That is a very soft note on her site... but it has been removed.

No matter what anyone says about Hari, it is absolutely clear that she has no room for honest discussion, reasonable criticism or scholarly defense of her positions.   Her position is to control the flow.  Keep it one sided.  Eliminate corrections or criticisms. Discredit those that attempt to adjust her.

She did address the allegations of censorship:

You can see from my comment above just how vulgar I was.  Her continued censorship is about protecting the Food Babe brand for future efforts in Food Terrorism and continued profits.

This is not about education or teaching people to be better eaters. It is about her being a victim and scientists being bullies and corporate hoodlums. Time will show that she's an empty vessel that could learn from those of us that study these topics, but she instead chooses to be a fear monger.