The Day I Paid to Have My Best Friend Killed 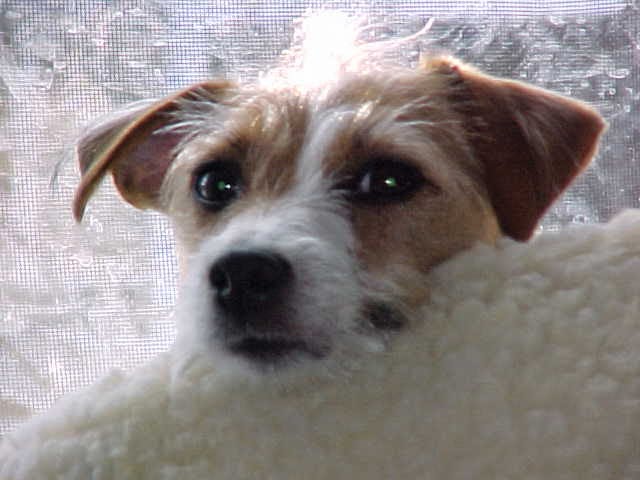 On May 31, 2013, I planned on writing this blog but I could not do it. I figured I'd give it a year. So now it is posted on May 31, 2014.  Every time I actually sat down to do it, emotions grabbed me and stopped me.  It was one of the worst days ever- but one of the best days ever.  Two extremes at one time and a harsh ride in between. I'll explain....

My dog Xeenah was exceptional.  Humans keep dogs, or they keep us, they are beasts in our home.  But Xeenah is a dog that became one of us.  She was sweet, strong, smart, funny.  She was with us through some of the worst of times and an ever present contributor to the best of times. The whole story of how I got her and my first farewell was posted on this blog a year ago, the day she died.  I couldn't write about what I'm preparing here- no way.  here it is 365 days later.

This is a story of putting a dog to sleep.  I was not "putting her to sleep".  She was not going to sleep, as she did 10,000 times before on my leg.  I was paying someone to mercifully kill a mammal that shared a home and a part of my life with me. I can candy coat it with sleeping, putting her down, etc. She was going to be gone from my life.

I witnessed her health declining, more accurately, crashing.  I knew for years her heart was slowing down, and for years I took her outside 2-5 times a night.  It was a complete loss of sleep, but I did it for her.  I did that for years.  She was an old dog, and had to get outside a lot. She still was a sweet as a companion could be.

Sometime in the spring late in her 13th year she developed huge salivary glands. I'd pet her head like I did every day and clearly there was something different, something wrong.  For years we knew that she had a bad heart, bad liver, bad everything.  But she just kept going, alive, sweet and tender. She was my girl. 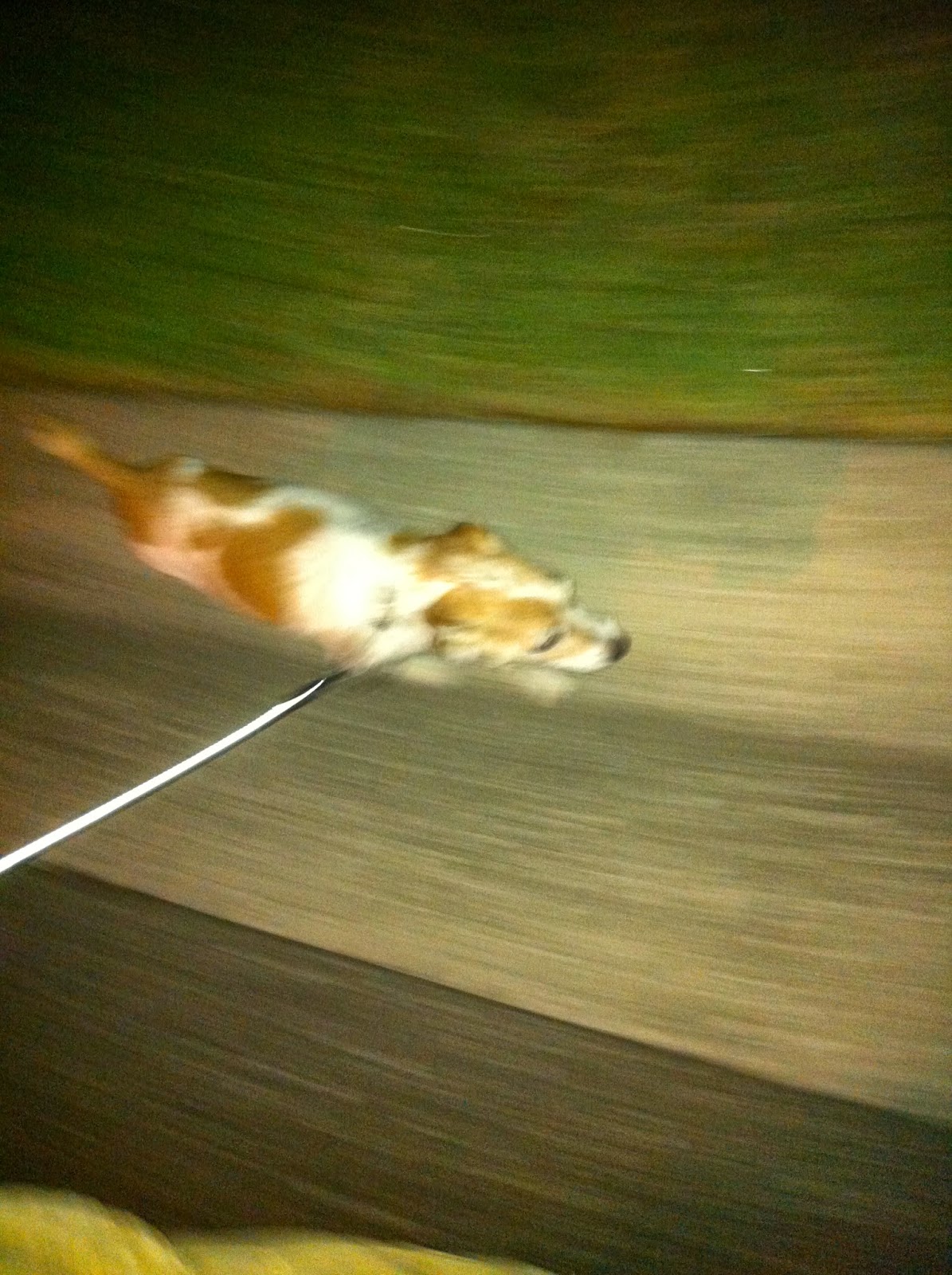 Even in her last weeks she'd get fired up for a walk.  She'd start out just as fast as ever.  She had one speed-- on!  It just didn't last very long and I'd carry her home.


After that she went into a rapid decline that seemed so fast. The night I knew she was done was when she walked across the floor and all four legs collapsed at once.  She was helpless.  I had to proceed forward.

The doctors at West End Animal Hospital were as good as you can get.  Dr. Stevens saw where it was going- the decline.  She suggested a last shot of a steroid that might limit pain and swelling, but after that she could recommend only going to the university for chemotherapy and treatment for pain. She gave the shot and things were better for a day or two.

But then that was it.  Roxy was out of town, I was home with Xeenah, and she was crashing.  Advanced chemotherapy was prescribed. 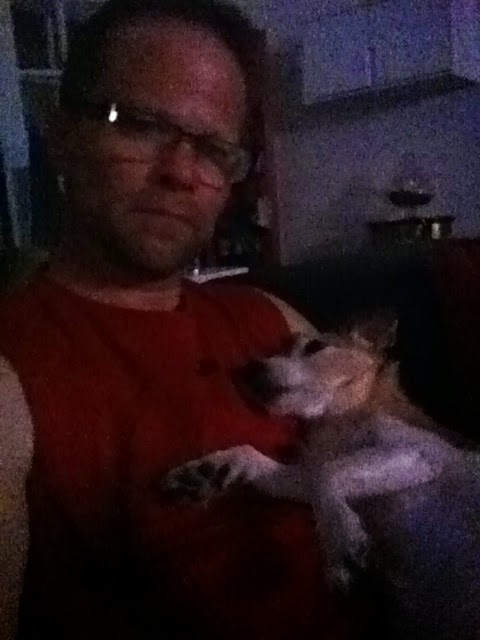 One night we somehow decided together that it was time.


I declined.  I didn't want her fizzle out and suffer. I knew time was limited and asked about what happens, what a guy does to euthanize his dog.

The vet hands you a paper with a choice of cremation options and an array of vessels you can buy to store the ashes.  To me she was going to be gone.  No sense in keeping her powdered remains on a shelf. I took the price list and options, folded the paper neatly and put them into my pocket.  We went home.

That week I gave Xeenah her favorite food.  She went crazy for chicken. Chicken. Each day I'd prepare a chicken breast and cut it to pieces.  I'd include it with her special food and bathe the mess in chicken soup.  She'd dig in, the best meal she ever had in all her years.  I knew that I only had a short time before she'd be gone.

I'd watch her eat, loving every second of it.  She just loved it. 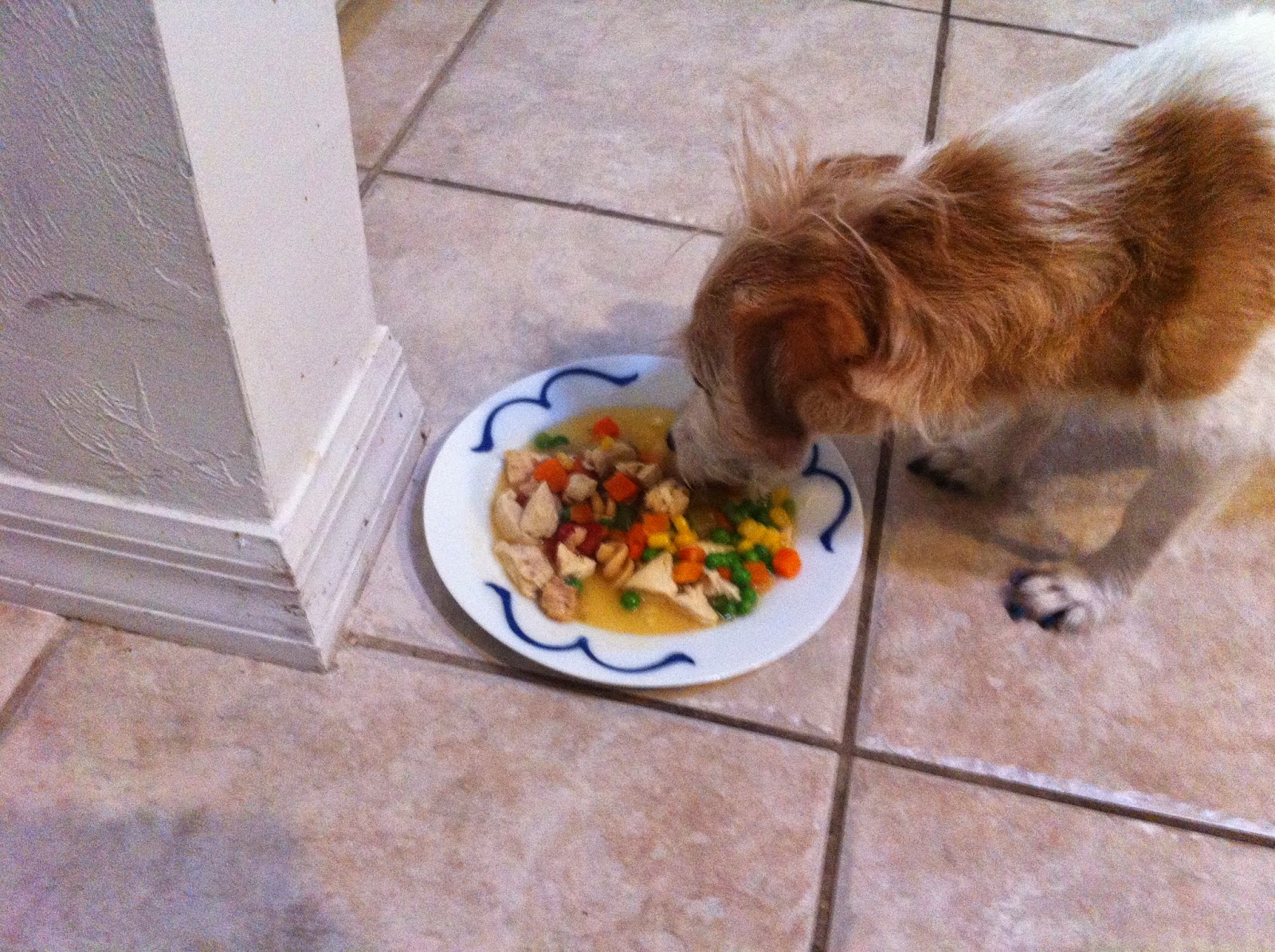 That last week she enjoyed a special breakfast of chicken and veggies over her kibbles.

The day I had to take her for that last ride it was more about me.  She didn't know what was happening.  I put on my most comfortable clothes.  It was Addias sweat pants and a soft oversized sweatshirt I bought in Zurich, Switzerland.  I had on a baseball cap and comfortable shoes.

I carried her to the truck for her last ride.  We sat together on front seat like we did thousands of times before, but I would go home without her. I petted her little head on the passenger seat, rubs behind the ears and warm massages to her read legs that she always liked.  And a belly rub.  To end her suffering, and to begin my suffering, was the best thing I could do for her. I carried her into the animal hospital.

You never know who is going to be the last vet in her life. The door opened, and to my surprise, it was Dr. Cottrell.  She was Xeenah's first vet in Gainesville, someone I really liked who rarely saw her in her annual visits.

The procedure was simple.  They would give two injections. I signed a form that said I understood the process. The first would make her comfortable, the second would stop the heart.

They delivered the first shot, suggesting that she might seem sort of, "out of it" while they left the room. It was a final time for the two of us. She sat in my arms like she always did, and the drugs crept in.. I rubbed her little neck and belly like I did a million times before.  She was tired and at rest, and obviously in retreat.

But then suddenly a surprise.  The drug was kicking in, and she must have felt some relief.  Life sprang to her eyes.  She sat up strong and certain.  She looked at me and panted, alive, alive, alive! It was my puppy again, the young dog that captured my heart 14 years before.  It was her again.  She had no pain, no problems, just a release from the shackles of age and pain and wanted to tell me she was okay.  It was my dog again, a friend I hadn't seen in years, back again to tell me it was okay.  Her mouth was breathing heavy but fast, she had a smile on her face and love in her eyes. It was my dog again. It was her.

Those moments were priceless.  Forever grateful.  She showed me that she was still there, but could not live within the broken frame.

After probably sixty seconds she slowly drifted back to sleep in my arms.  It was okay.  Minutes later Dr. Cotrell entered the room and asked if I was ready.  I was.

She laid Xeenah on a soft, olive colored blanket. The doctor looked at me, and inserted the syringe's needle into Xeenah's tiny little arm, pressed the plunger, and then placed the stethoscope on her heart. She listened for a few seconds.

"She's gone", Dr Cottrell said, her voice wavering.  She knew my little dog with the mohowak. Her voice quivered not for Xeenah, but for me.

I tried to not react, but sorrow exploded inside of me until I just did a massive exhale and burst to tears at once.

My dog, my little friend, was gone.

I still rubbed her little head and gave her, and me, what would be the next chapter and a new time without each other.

The doctor and her assistant left the room and offered me time.  "Stay as long as you need to" they said.

I rubbed Xeenah behind the ears with no tears.  This time it was not for her, it was for me.  She was gone.  She laid there on that olive-green blanket, motionless and still.  She was really gone.

Probably five years before Dr. Cottrell said that Xeenah had a heart problem and might have another year and half.  Those extra years were golden. Xeenah was always so sweet, so gentle, so loving, with everyone.

I built up to that last day, figuring it was the best thing I could do for her, not me.  The last trip to the vet was natural, like I owed my dog a soft and simple exit, painless and happy.  She got that.

Those last minutes with her were so priceless. When the drugs relaxed her to where the little pup inside sprang out and told me all was well, that she was happy and okay, that she was glad to be there with me... I'll remember that forever.

A year later I struggle daily with the loss.  Every night she pushed up against me, every morning she got up with me.  She greeted me at the door when I got home and sat on my lap or at my feet while I went through my day.  She was a special creature.  I'm stuck between the joy of knowing her and the pain of not having her here.

I recently put on that same Switzerland sweatshirt and found the cremation vessel choices in my pocket. Looking more carefully the sweatshirt had her little white hairs on it.  When I think of the day that I rode home alone I just need to grab on to the minute or so that I got to share with her when the first shot kicked in and the pain left her body.  Silver linings.

There's no way to end this that makes sense.  One year ago I paid someone to kill my best friend.  While it was one of the worst days of my life, it gave me a few shiny, perfect memories that will be with me forever.