Back on November 12, 2013 I patiently sat through a talk by Dr. Don Huber.  Huber is a former professor at Purdue with a really good record.  He was recognized by many as an expert in plant mineral nutrition and disease.

Now he travels from audience to audience extolling the perils of glyphosate and GMO crops.  He states, in no unclear way, that even just the process of adding the gene makes the plants dangerous.  (I actually recorded his whole talk, will post it someday).  You can find it anywhere on YouTube.

During his presentation he talked about this new virus-fungus, an unknown life form that invades GMO crops.  The organism causes abortions in cattle and infects humans, causing a suite of diseases from autism to cancer.  When he talks about it he shows graphic images of dead calves.  Audiences are visibly shaken and viscerally moved by his presentation. 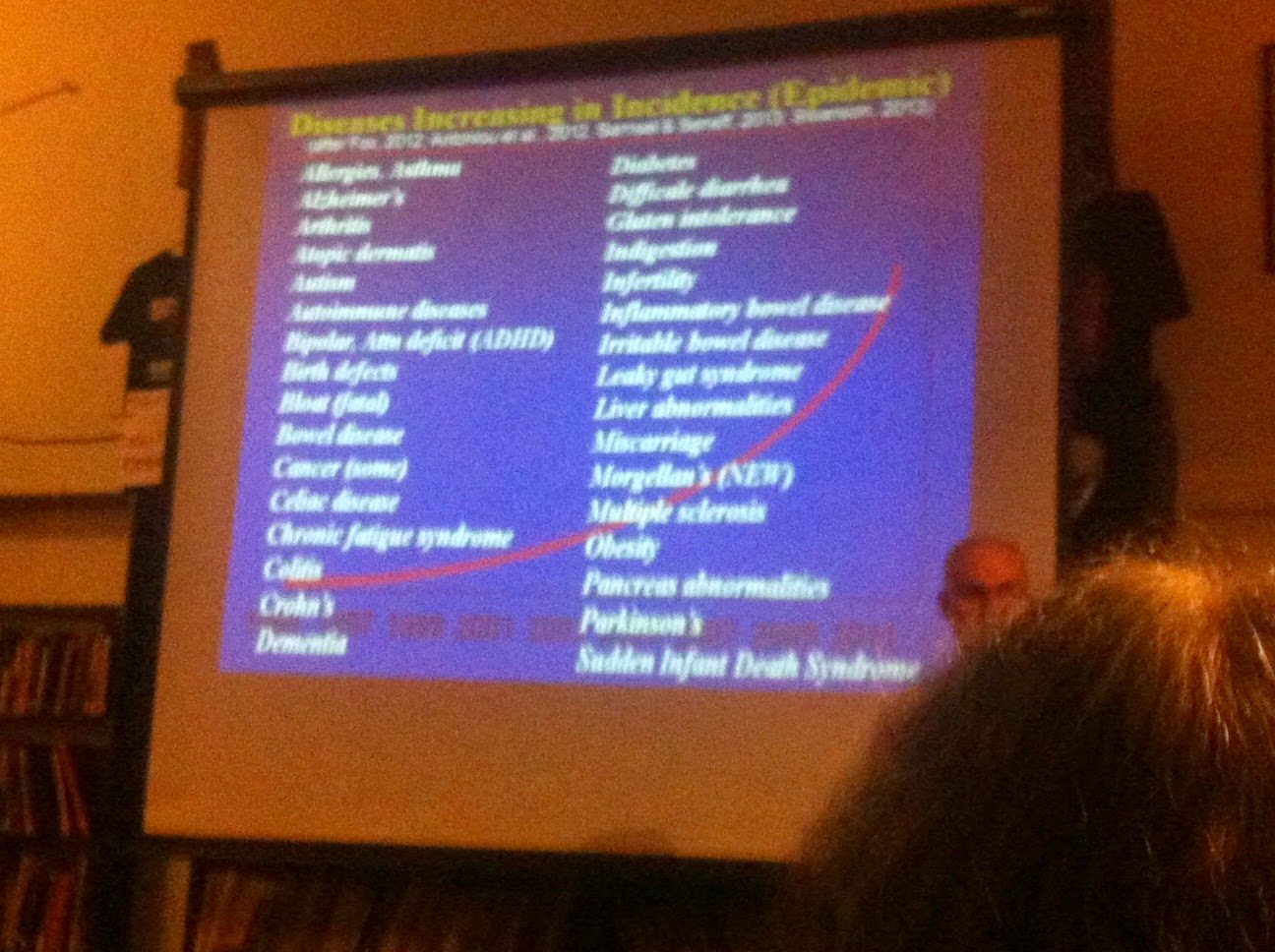 The list of diseases caused by GMOs and glyphosate from Don Huber.
The same list caused by chemtrails, vaccines and fluoride!


I've heard this tired scam for eight years and never believed this for a second.  First, there's no evidence presented.  Next, the claims are all based on top secret work by unnamed figures in other countries, and his home institution, Purdue University, and the Centers for Disease Control know nothing about this deadly threat to all humans.


IF YOU DIDN'T SIGN THE PETITION ASKING HIM TO RELEASE HIS DEADLY PATHOGEN TO THE WORLD FOR ADDITIONAL STUDY, PLEASE CLICK THIS LINK AND DO IT!


After his talk I asked him if he'd share his cultures.  I told him I could have it sequenced and understood by Jan 1, 2014.   We'd have the sequence for this deadly pathogen for five months now.

But Huber declined.  In a rambling cloud of no direction, Huber spent 10 minutes telling the audience why it could not be done.  Eventually he got defensive when the crowd turned on him and asked him to share so we could solve the "emergency".  Read the whole story here.

Huber responds!  Afterwords he sent a libelous letter to my boss, saying that I was "disrespectful and disparaging" and that I "need to seek professional anger management counseling".  He said I interrupted the whole talk.  He didn't know I recorded it, and upon playback we see that he's lying to discredit me and conceal his fake pathogen.  I'll post this all someday when I have time.  Plus I've been advised to keep it in my pocket.

But shame.  For a credentialed scientist to get in front of a public audience and lie to them without evidence, THEN to try to harm the career of another scientist for requesting evidence.  That gets no lower.

Some things have changed.

1.  He's distancing himself from the organism, recently claiming that he didn't discover it and that he does not have much to do with it.

3.  He does not answer questions after the talk, maybe answers a few safe ones.

4.  I heard that at his last talk he didn't even talk about the deadly GMO organism.

The offer stands, I can tell you what it is in a few weeks if you share your cultures, the cultures you claim obey Koch's postulates and are easy to grow.

I'll do the work, you get the Nobel Prize.   I'm not holding my breath.