Grad Students Off Limits- Even if they are wrong

The boring saga of the Berkeley 45 continues, as several more have now emerged to ensure that their denial of fundamental science and deep scientific consensus is codified in the archives of time. At the same time, those on the science side of the discussion make a critical mistake-- piling on to a grad student, presumably the one that led the charge. 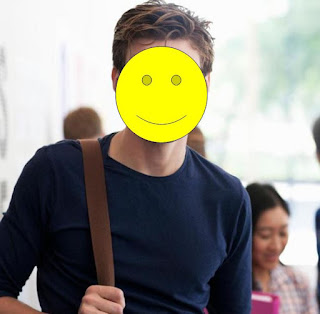 Grad students make mistakes, we all do.  Our job as leaders should be to reach out, help them correct, and at worst, simply inspire their elevated thinking by doing the right thing.

Unfortunately lots of folks have fallen into the trap of an eye for an eye.  She stuck her neck out in a poorly-advised way and now is being singled out and pummeled on blogs and in the Twittersphere in a way that could ultimately affect her long-term career options.

Some think that this is appropriate, that if she is going to make claims that run counter to science and besmirches the credibility of scientists she disagrees with, then she deserves it. What she needs is good counseling from university leadership, not potentially career-ending retribution.

I look back on what bad people did to me to hurt me personally and professionally over the last years, and how UC-Berkeley faculty are doing it to me today.  Just do a google image search.  The good news is that I have two careers, university administrator and research scientist, that are established and successful.  So who cares who they think I work for and how they slander me daily about my science communication efforts?

But this should not happen to a student, any of them.

I did the right thing from the beginning by reaching out and asking them to share their thoughts with me and discuss this in a public forum as guests on my podcast.  My goal was to broadcast their views and maybe bring deeper understanding and peace to the situation.

But the students and faculty did not accept, instead they walled off behind allegations and myth, hurling insults at me by email and posting false, defamatory links about me instead.

None of them had the kind courtesy of send an email saying, "No thank you."

That not leadership, that is not collegiality... that is disgusting.  But they look bad for doing it. It also shows how apples don't fall far from trees.

Again I repeat my call for taking higher roads.  As those that stand by science, we don't need to hurt others to win the debate. We're not like them.

Instead let's lead softly and effectively. Maybe the mind we'll change will be hers.