Fixing The Tragic Mess of the Berkeley 45

The release of the documentary Food Evolution was lauded by scientists and folks in agriculture, as finally someone attempted to generate a factual account of biotechnology.  But the film's release did not sit well with everyone, especially those that hold deep beliefs against technology, those that loathe seed companies, and those that make a living manufacturing and selling fear. 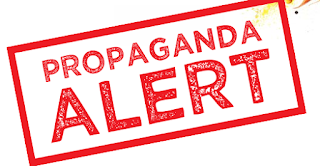 Will the real propaganda please stand up?

One group of 45 faculty and students, most at UC Berkeley, were held up as "experts" that claimed the film to simply be a "slick piece of agrichemical industry propaganda," which seemed strange because so little of the film dealt with any agrichemical anything.

1. I invited the group to join a discussion on my weekly podcast, but none accepted, and a spokesman for the group, Prof. Miguel Altieri, sent an email stating that they would not take advantage of the opportunity.  Worse, Altieri said that I have no credibility based on the Eric Lipton New York Times hit piece. So much for critical evaluation and collegiality.

2. Later, an email thread would end up with scientists outside of the 45 signatories.  The letter stated that "most" of the signatories did not see the movie.  I called this out because when you lend your reputation and expertise to an opinion as a scholar, it should be based on some actual evidence.

3.  Using FOIA, which I do not support for these purposes, Stephan Niedenbach obtained information that US-RTK could only dream of finding-- evidence that outside groups influenced a document where academics provided false information about science.  In this case individuals from the Pesticide Action Network, the Center for Food Safety, Friends of the Earth and the Small Planet Institute, contributed to the opinion endorsed by the forty-five described experts.

This may not be a problem in general, as academics certainly derive information from outside sources.  However, many of their statements were false, and in opposition to the vast scientific consensus.

This is where it is a problem.  Outside activists influenced academic opinion to create and endorse a document that defames public researchers for positions held decades ago, and makes claims counter to the National Academy of Science.  Academics bestowed their credibility and institution's gravitas to support false, misleading statements about science.

To fix this:
The best immediate fix is for individuals caught in this mess to recant their endorsement.  It does not have to be love for the documentary or the state of agriculture. It needs to be honest.

"I deeply regret signing on to the letter critical of Food Evolution. While I don't accept the science that biotechnology has any role in crop production, it was inappropriate to be critical of something I didn't see, and especially poor form to criticize Dr. Van Eenennaam and Mark Lynas for their affiliations rather than their actions or statements.

I do not agree with the statement that there is "no scientific consensus" on crop biotechnology.  The National Academy of Sciences has synthesized an excellent compendium of risks and benefits.

My motivations were based on other factors beyond the science itself, and it was wrong to condemn this film as propaganda.

I do believe that there is a needed higher-level discussion in this area and hope that going forward I may participate in more constructive and collegial dialog, rather than a motivated opinion that is inconsistent with the science."

Maybe they can give that a shot.  They can disagree with seed companies and the way we farm.  They are free to present alternatives and press for their implementation.  That's how we grow. We can learn from each other.

The way to do this wrong is to tag science as "industry propaganda", especially when they didn't even observe the thing they are so harshly criticizing. It is especially low to present information not consistent with the scientific consensus, and even worse when it is inspired by notoriously agenda-driven groups.

And of course, they are still invited to the podcast.  Science is about self-policing and correction.  That's how we grow as a discipline. Correcting this matter would be a good first step.  Rescind the Berkeley 45 letter and let's start a more productive dialog.