The paper published in Agricultural Sciences by Shiva Ayyadurai presents a hypothesis that transgenic soybeans are high in formaldehyde and deficient in glutathione.  The story is covered in the two previous blogs.  I reached out to Dr. Ayyadurai and suggested that he come to Florida, we grind some beans, and actually do the test.

There has been no response, but he is certainly out playing up his findings as factual confirmation of formaldehyde in soy.  Read the headlines of the websites below: 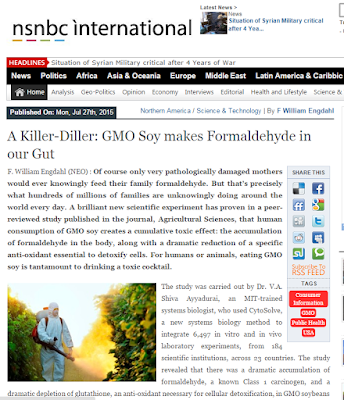 That is not what the report claims, but it is what the authors want it to claim.  No data were presented on formaldehyde levels. 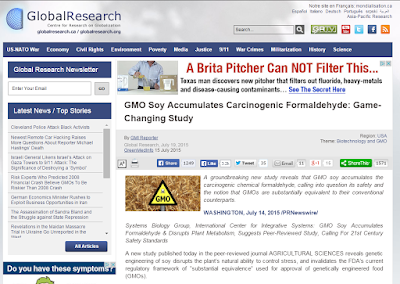 Again, overstating what the report says.  In both cases they emphasize "peer reviewed", showing the danger of predatory publishing. 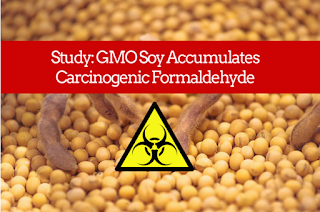 A credulous, scientifically-illiterate activist media basks in the joy of the conclusion-- even though it has no basis in reality.  The intent is to frighten people about good food.

What does the senior author say?

The demand for immediate testing has been requested, along wtih his kind assistance as a collaborator and co-author.  We are collecting soybeans and corresponding controls to actually do the measurement he should have performed.

This is absolutely an anti-GMO question. To make a claim that has no basis in empirical science, and fail to test a computational claim, by a guy that is a known anti-GMO activist (along with this anti-GMO activist wife, Fran Drescher), is deplorable.

It is creating fear about good food, something he has plenty of access to.  It is elitist pandering to a credulous, activist movement that simply wants to create fear, and advance an agenda.

This instance underscores the damage of low-quality research finding ways into low-end journals. They have a patina of legitimacy and easy fool willing readers into overinterpretation.  This is going to only get worse.

For now, the offer to demonstrate the presence of his predicted formaldehyde in soy stands.  The work will be done by an independent lab, identified yesterday, that is blinded to the sample identification. Glutathione levels will be measured using commercial kits, using student help, so we can teach how science is used to deceive for political gains.

The data will be open access and published in a real journal, with the hope to be a lovely example of how activists are invading our literature to push an agenda-- not to use the scientific method to find the truth.