Jenny I Got Your Number...

I have to admit, I've always been oddly intrigued with Jenny McCarthy.  She was very attractive yet an idiot, hot but raw, a booger-eating, cross-eyed, glamour model.  It was that curious mix of unsophisticated trash meets easy on the eyes...

She was from the South Side of Chicago and about my age, so it was no surprise that I made extra money in grad school tutoring her younger sister, an athlete at the place I found my Ph.D.  It only heightened my intrigue. I was getting genetically closer, an odd kind of inadvertent stalking.

Time would tell that she was a semi-talented writer and actress. More time would tell that she was an adamant anti-scientist, arguing against vaccination for children and eventually honing her argument the vaccine schedule. Her claims of toxic compounds in vaccines and their direct implications in autism didn't match the science, but her appeal to the mommy factor made her a household name.  She gained credibility in medical advice that eclipsed that of many "Big Pharma owned" pediatricians.

She's a complete paradox.  Beautiful, yet gross, clever, yet stupid.

Last night I was watching Tosh.0 and spit my Buzz Aldrin across the room.  Jenny McCarthy is on a commercial.  The champion of exposing children's exposure to 'toxins', is promoting e-cigarettes. 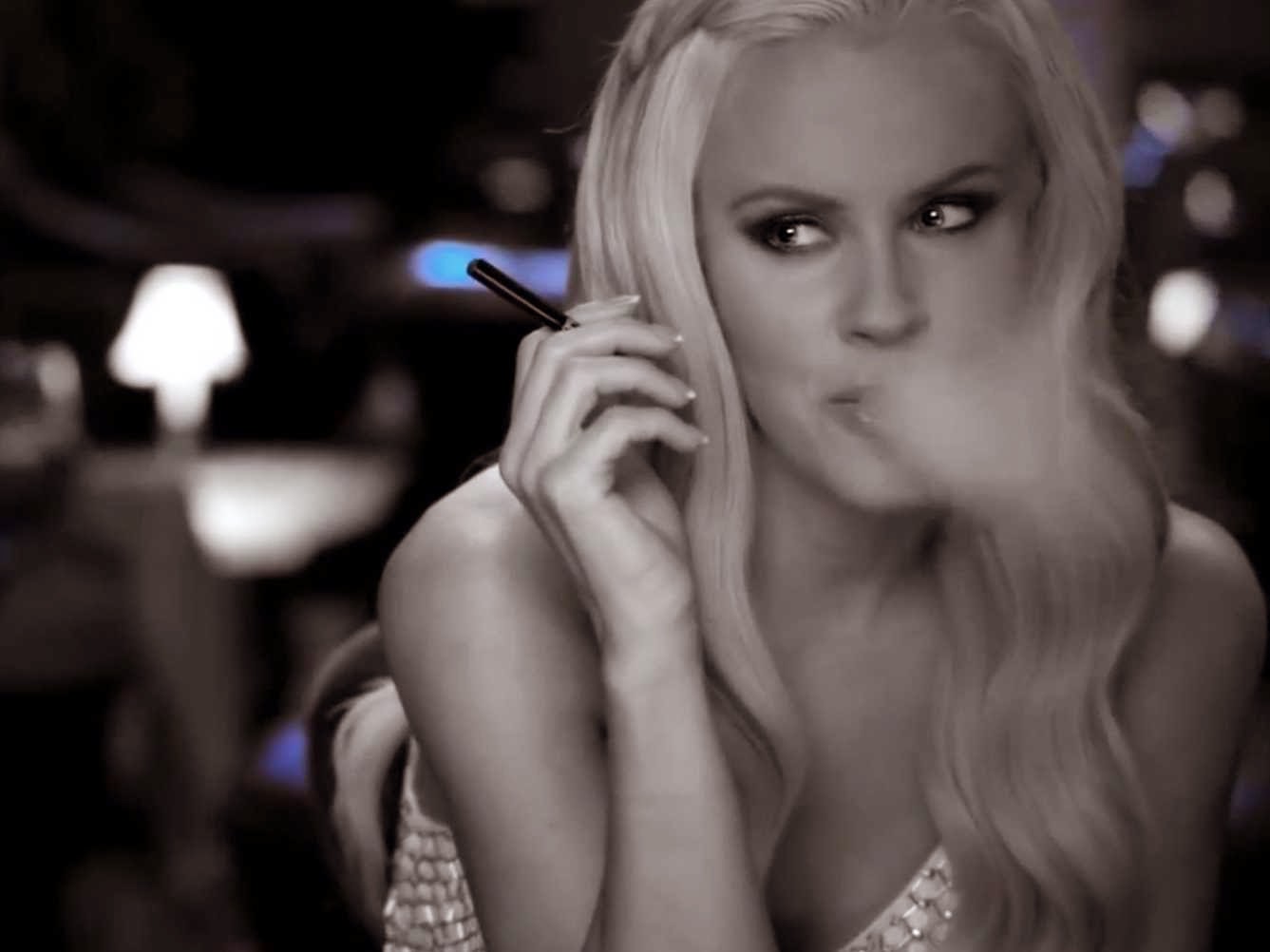 Don't vaccinate kids because risks are just too high.
Nicotine's risks must be mild in comparison.

The dusting of aluminum adjuvants and other trace bits of formaldehyde and viral coat proteins were the basis of Jenny's crusade for a decade.  She claimed, with no reservation, that vaccination caused her son's autism.  She later claimed to have cured it with diet and vitamins, the typical Hollywood cure all.

One of her claims is that there are no long-term studies on vaccines.  I wonder how long those e-cigs have been carefully studied in controlled trails?

Her scientific acumen leaves a lot to be desired, but the true irony is that she now promotes use of a nicotine delivery device.  Nicotine is one of the most plant toxins. It causes horrible addiction and is linked to many health problems.

Furthermore, e-cigs appeal to young smokers that want all of the buzz-n-cool-factor without the smell of smoke and a place to flick the ashes.  Today they are becoming a problem, as a product designed to help smokers quit now is becoming a new drug of choice.  Today, 40 percent of poison center calls are related to e-cigs.

As per form, Jenny McCarthy engages an opportunity for self promotion and fails to realize the irony.  Here she promotes a non-necessary product with proven health effects-- while maintaining that the safe and necessary public health activity of vaccination is harming children.

Jenny, Jenny, who can I turn to?