The Damage of Misplaced Activism

July 07, 2017
Today's Haiti Sentinel features an article by Editor-in-Chief Samuel Maxime.  He tells the scandalous tale of 150 tons of "genetically modified corn seeds" sent to Haiti from Mexico by CIMMYT-- a place sponsored by the likes of Bill Gates and other "Clinton confidants". 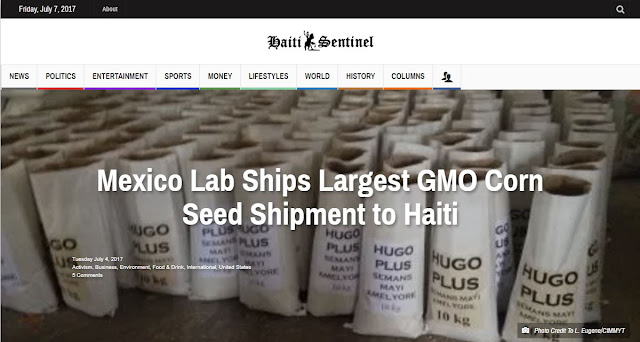 Oh no! Seeds shipped for humanitarian aid! The atrocity must stop! But wait, are they really even GMO seeds?

Samuel is clearly displeased.  As he states, the seeds were sent to jumpstart the Hatian farming economy as part of a partnership between CIMMYT, USAID, and Feed the Future.

Seems like a great idea, but he's not too happy about this. Why?  His next paragraph summarizes it well. Apparently the seeds create drug addicted soils and make farmers poor.

Samuel also contends that these organizations are giving away seeds because their top priority is profit, which seems like a really lousy business model.  Here it is, right from the Editor-in-Chief: 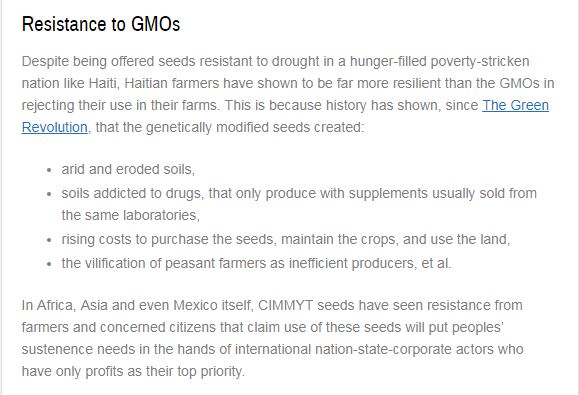 And of course the comments section invites the critical review by self-appointed experts, flaming this cruel and malicious act of seed donation.  Monsanto mentioned in 3, 2, 1... 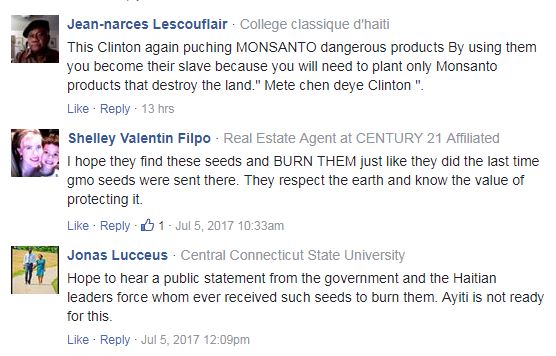 As usual, facts are irrelevant and actually knowing what you are talking about just earns you angry Twitter trolls and FOIA requests for your emails.  Best just find a boogeyman and make up crazy shit.

And not to be outdone, the rocket surgeons over at the Non-GMO Project chime in-- 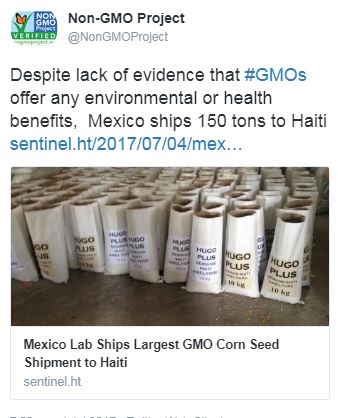 '
Wow!  This corn must be really awful stuff!  The Butterfly of Doubt says so!

This is an amazing example of how dangerous misplaced activism can be.  Here a humanitarian effort, but reputable non-profits and charities, is being maligned for shipping 150 tons of high-yield corn seed. This is a beautiful thing, even if it is GMO.

This is why clueless experts, an inflamed vocal public, and clueless fear mongers like Non-GMO Project are so dangerous. Here they decry the shipment of a safe product that will help the poorest farmers that desperately need it-- yet they all condemn the act has harmful.

Again, their disdain for technology and their actions hurt people.

HUGO corn is not genetically engineered.

Haitians live on about $1.25 a day and import most of their food. Subsistence farming is a challenge without crop protection products and Haiti can be a punishing climate for crops. Yields have been traditionally limited to one ton per acre. Yields elsewhere are routinely 3-6 tons per acre.

HUGO corn yields seven tons per acre and has high protein levels. It was developed by CIMMYT by traditional breeding and was introduced to Haiti in 2007 by maize researcher Hugo Cordova. Farmers named the seed for him because of its superior performance.

However, over the last ten years the seeds have deteriorated in quality because of no control of the genetics.  The seeds sold as the farmer favorite HUGO, are not what they used to be.

So CIMMYT and USAID ramped up production of authentic HUGO seeds, now arriving in Haiti, much to the dismay of Samuel, some Facebook commenters and the Non-GMO Project.

The new seeds arrive with assistance in their propagation, and training in their cultivation.  The goal is to keep a good genetically-pure supply of seeds on hand for future plantings.

This instance again reminds us of how the stand against agricultural biotechnology hurts people.  Here seeds are labeled by people who label products as unfit, of course, incorrectly. Calls to burn it and reject it beckon from mindless do-gooders that remind us of Hank Campbell's famous quotation:

And this is a stellar example.