Were you ever the last to arrive at a friendly get together just to find the quacamole gone and all of those good little toast bits picked out of the Chex Mix?

That must be how Jeffery Smith and the Broom Closet for Responsible Technology must feel now.  All of the cranks and charlatans had the opportunity to parse my private emails at taxpayer expense, and dammit, he was busy doing something else. Maybe getting the taste of his foot out of his mouth after Food Evolution.

Long after tens of thousands of emails have gone out to Food Babes, activists, and dozens of others (at probably a half-million dollars in taxpayer expense-- and zero evidence of impropriety or ethical lapses), I FINALLY got the request from Jeffrey Smith's goons over at the Institute for Responsible Technology (IRT).

Ironically, this institute for responsible technology has irresponsibly pushed false information about technology for ages, profiting all the way. When you review Smith's statements and predictions, none of it has been backed by actual experimental evidence. He makes a lot of claims, using the internet, the Dr. Oz Show, and personal appearances to spread misinformation about food and farming. 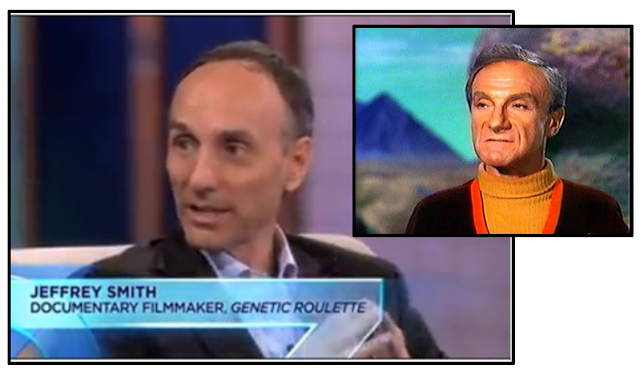 For a long time I thought Jeffrey Smith and Dr. Zachary Smith from Lost in Space were the same guy.  Both are annoying and ensure good things can't happen. However, one is a  bumbling fake scientist and the other is a television character.*


What does he hope to find?   Beats me.  Probably evidence of deep collusion between me and the "agrichemical industry" I'll bet.  On the other hand, it is quite personal.

And since my interest is full transparency without burdening the taxpayer and university attorneys, I extended my usual offer, but there was no reply.

I actually do have a discussion recorded between Smith and George Noori on Coast-to-Coast AM where Smith gives me a shout out and a hand-in-rectum association with Monsanto.

I talked to him on the phone once and it was just fine and cordial, but that was in 2013.  I don't think he likes me now.

What will he find?

When we turn over the emails he'll find that I'm not a fan. He'll find that I have particular disdain for those that lie to the public for profit, and that his documentaries and books are loaded with false information.  He'll find that I denounce his fear-based techniques and that I'm amazed by the fact that he's clueless about the science, yet is trusted by so many.

He's a snake and snake oil salesman, all rolled into one.

I hope Jeff has a good time digging through my stuff, and look forward to the sentences plucked from context and reassembled in malicious ways.

Or maybe not.  Maybe he'll just realize what Vani Hari did-- That I'm a public scientist working hard to teach and do research, as well as provide evidence-based outreach to the public.

Out of the jillion pages of emails she received she never found anything worth crowing about.

I suspect he'll be in that same club.

*It has not gone unnoticed that Lost in Space is just an extraterrestrial Gilligan's Island, and that Dr. Zachary Smith was Space Gilligan.