Targeting My Conversations with Journalists

The latest email grab by US-RTK asked for all of my email correspondence with a handful of journalists.  As a scientist that appreciates interaction with the public, journalists offer a pipeline to deliever science to those that wish to understand it. I'm grateful to have reputable contacts in the media to help share science.

This organization is funded by borderline hate groups that seek to erode trust in scientists that convey a message counter to their beliefs and agenda. Climategate 101.

They always claim that this is about unveiling corporate tentacles in shaping science, which they never found after seizing 30,000 of my personal emails. Because it didn't happen. Now they want emails from journalists. Journalists?  That's some conspiracy!

And as always, in full compliance and ultimate transparency, my university harvested the requested emails from university archival severs and handed them over tout suite! 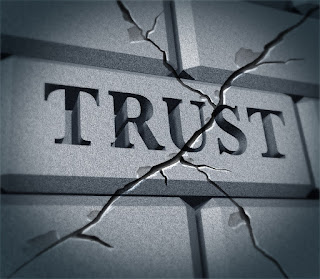 Scientists and journalists work together to disseminate good information to the public. Activists now seek to destroy that relationship, harming trust in science and those that report it.


So why do well-funded industry front groups want to confiscate my correspondence with the media?  Beats me, but I have several hypotheses:

1.  Smearing Science-Friendly Journalists.  We know that they used my emails to develop damaging false narratives, using complicit reporters and venues like the New York Times.  I fully expect that they'll use these emails to make it look like I share cozy relationships with the journalists in question, and then claim that those associations mean they can't be trusted to report science accurately.  The people targeted report objectively on biotechnology and incorporate my two cents into their independent syntheses, or not.  Activists seek to destroy the perception of their independent credibility and journalistic integrity.

Of course, I've only met these folks here and there, served on panels with them, participated in conferences, maybe had phone calls. I had a hamburger with one once in Davis, CA, sushi with another in Gainesville, FL.  Nothing terribly exciting, but it will be blown up into wild, evil collusion.

2.  Dissuade Journalists from Talking to Scientists.  Those that report science are less likely to do it if their questions and sources will end up as part of broad public records searches.  Heck, the same journalists use records requests all the time and appreciate transparency that FOIA provides.  But when private emails turn into the basis of broad fishing trips, looking for "gotchas" and cherry-picked bits that can be pulled from context with intent to permanently harm reputations?  It is the abuse of transparency law that journalists appropriately decry, and likely to turn a reporter away from my university if they have a question or concern in a hot-topic area.

3.  Chilling Science Communication.  If scientists are afraid to talk, and nobody is going to report it, it ensures complete suppression of the scientific message. They both gag the voice and cut the wires.  Severing all ties between scientists and the best journalists is their goal, as activist messages fail to find publication outside of their own websites.

This is the most recent chapter on the expensive, damaging attack on science and reason.  They can violate the privacy of public scientists.  They can twist our words to defame us.  They can damage our reputations and drag us through the mud.  That's not hyperbole.

So the take-home message-- brace for the next false allegations and smear.  The law facilitates the flow of free information for the evil people that wish to harm us, with no regulation on how it is used, and no repercussions for wielding it with malice.

Note of Irony:  ... oh, and the same group has one of the most prolific anti-biotech reporters on their payroll.