The Irony in a Political Piece

Those who know me understand that I've never been a big fan of politics.  I've voted both D and R (and L and G too) over the years, depending on the office and issues. I get to know my Representatives in DC and the state. I really like my Representative now (he's an R by the way) and will be glad to vote for him in November. I cannot think of the last time I voted for a presidential candidate. I've voted against one several times, mostly because I worry about the composition of the Supreme Court and federal benches.  I'm registered as N - no party affiliation.  I don't get to vote in primaries. 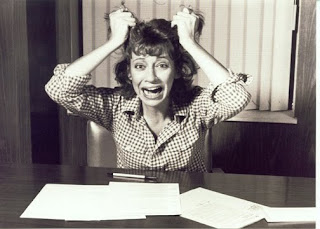 In a country of sharply divided political opinions, don't criticize leadership. You'll tick off 50% of people. That's sad, because we should always hold our leaders most accountable.

Yesterday I posted an article over on Huffington Post that has sent Trump supporters fuming.  I can't believe the angry emails, the screaming tweets-- especially from friends.

In short, the article was a fictitious speech by Trump, stating that his whole campaign was a sham, that he wanted to teach Americans a lesson-- that national leadership is important and must not be taken lightly.  This act of analyzing our leadership was his genius way to make America great again. His continued abrasive nature and poor discretion were part of his ruse, to see how far he could get based on citizens' loyalty to a party over criticism of a candidate.  Period.

That is a very important message. Over my voting lifetime both Democrats and Republicans have fielded less-than-stellar choices for the highest office in the known universe.  I especially find family dynasties a bit annoying, both George HW Bush as much as Hillary Clinton.

Americans make a bad mistake.  They look the other way when their candidate or office holder does something wrong.  We make excuses for them, claim conspiracies, and defend the undefendable.

It is Cubs-Sox, Ford-Chevy, Coke-Pepsi.  Create a dichotomy, pick a time and blindly defend it. No matter what.

I think it they know what they are doing, that D's and R's create the divide so that we don't notice what is really happening. I've said that for years.

But more importantly, this failure to criticize leadership is the undoing of our republic, and that is the point of the piece.  It concludes with an important statement-

"The way to make America great again is to demand more from our leaders. Don’t blindly defend those in your party ― be more critical because they represent YOU."

This is the thesis of the piece that so many found so offensive. Some friends found it unthinkable that I'd criticize Donald Trump, or those in the Republican Party that let the guy destroy the perception of the party itself.

So when Trump trashed McCain about "not being a war hero" I found that horribly offensive.  I thought that he was toast at that point.

But instead, people stood up and defended him. We've seen it over and over again, he does something that contradicts the alleged Christian values that Party officials claim to be their cornerstone. Even the Republican Party platform states, "Americans also deserve a president who will speak for our nation's history and values..."   I'm not feeling that he is representing mine when he disrespects a war hero or mocks a reporter with a disability.

Again, we need to hold our leaders accountable.  That was the point of the piece.  It was this spirit that was in the room that laid the foundation of the Constitution.

So when I criticize Trump, Clinton, Johnson or whoever-- don't send me hate mail.  Tell me why you think my criticism is unwarranted.  Help me see why McCain is not a hero or we should mock the disabled.  I'm open to change, but it will take a lot of convincing in those cases.

Or better yet, review the words of our Founders. Don't circle the wagons around bad behavior because the letter after their name matches the one on your voter registration card.  They are the ones you should hold most accountable because they represent you.

That was the point, and I can't believe so many missed it, instead taking this as some sort of political, personal, attack on them and their beliefs.  The guy on the beer bottle got it right. Turns out, I think I'm a patriot.

"If ever time should come, when vain and aspiring men shall possess the highest seats in Government, our country will stand in need of its experienced patriots to prevent its ruin."Samuel Adams