Over the last few years I've watched battles brew and millions of dollars be spent on a silly proposition-- how do we legislate a means to separate good food from good food with a decoration on the box?

So in my ever-evolving opinion-- voluntary labels are the solution, but the industry must move fast before new legislation is on the ballot, and before activists move the goalpost.

The issues of labeling food that contains hints of ingredients that were produced in a plant that has been genetically engineered are extremely problematic.  Scientists see little utility, as it confuses the public, provides zero useful information, stands to scare consumers, and if mandated, will substantially raise prices.

Every state will have different rules (and Vermont will not require cheese made with GMO enzymes to be labeled, go figure) and segregation of materials is already leading to more issues for growers. More on that later.

The way around? Voluntary labels. 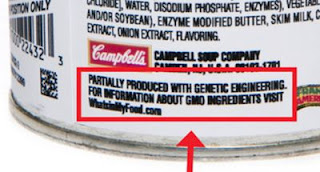 The Vermont labeling requirements satisfy the "right to know."  They also would not be mandated by law in other states.  Following VT's guidance with voluntary labeling eliminates the need for new, costly, confusing, state-by-state laws.


If you add the words that fit the Vermont law, then there's no need for new rules-- no need for other state laws.

Vermont can then spend the money enforcing their law and spending the millions to test safe food for perfectly safe ingredients.

It also forces the hand of activists-- they got what they wanted, a label (except on VT cheese).  They must now change the target, demonstrating it was never about a "right to know" in the first place.

The ball is in the court of food manufacturers. If a label that a few folks want, and nobody will read is there, then there is no reason to force it by law, which leads to the clunky, expensive problems in logistics and testing.  It also eliminates the mess of litigation inevitably to follow.

The real advantage?  Add a few words. Then we can start focusing on how to help people and the environment with technology instead of distraction with first-world problems.