Those quick to criticize genetic engineering in food were not pleased with the Simplot non-browning potato or the non-browning Arctic Apple.  In these cases the enzyme polyphenol oxidase (PPO) is disabled using a genetic engineering approach. Without this enzyme, plant materials do not turn off colors upon exposure to air, keeping postharvest quality high.

Everyone from Michael Hansen to Dr. Oz went on the warpath, generating fear and doubt about the safety of the apple upon its release.  Criticisms abounded on the web, claiming that the new products were dangerous, that PPO was important, and that nobody knows what is going to happen if we eat non-browning produce.

Those of us that think about food and crop biology on a daily basis know of examples where defects in PPO have been of interest for a long time.  One great example is the golden raisin.  No PPO activity, and plant breeders and consumers celebrated new little dried weird fruits that were clear and golden rather than dark and brown. That was in 1962.

Nobody really got too nervous about golden raisins. 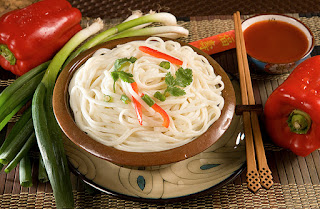 Snowy white noodles come from hard white wheat, varieties that do not produce browning or greying upon processing.


Now you get what we can think of as Arctic Wheat-- no browning, snow-white, flour.  The genes for PPO are not functioning, nobody really knows why, but it just is that way.

And nobody cares.  Nobody except for wheat farmers that can grow a new high-value product for the Asian market.  Oh, and billions of people that prefer a pasty-white noodle. This is super cool.

The product comes from USDA-ARS, yes a public laboratory and your tax dollars. Wheat breeder Bob.Graybosch developed the new line from crosses of forgotten varieties present in the National Small Grains Collection in Idaho.  Two lines were especially useful, originating from Australia and entering the collection in 1930. These old lines with low amounts of PPO were bred together, and the resulting lines had almost no PPO activity.

These genetic lines can now be used to cross to elite wheat varieties, and remove that compound that turns noodles brown or grey.

So let's get this straight.  If you decrease PPO activity using native gene sequences in potato and apple, and then safety test them-- that is unacceptable and must be labeled.

But if you decrease PPO activity through random mating, with no idea how the genes are turned off or what mutations cause it in raisins or wheat-- that's okay.

Precision and predictability be damned.  The Frankenfood Paradox again.


This is also a great story about how we can improve food quality by breeding, and that those archived varieties still house some useful genetics.  It is great that we live in a time and place where such resources can find utility again.