Why Every Idea Does Not Deserve to be Heard

Tonight a known anti-GMO activist will assume the credible podium as a "Distinguished Lecturer" at the Houston Museum of Natural Science.  Dr. Thierry Vrain has long been recognized by scientists for his outdated rants against genetic technology, leveraging his credentials in science to promote a science-less position that this technology is harmful. Of course, this means he's embraced by the industry and individuals that seek to vilify technology. 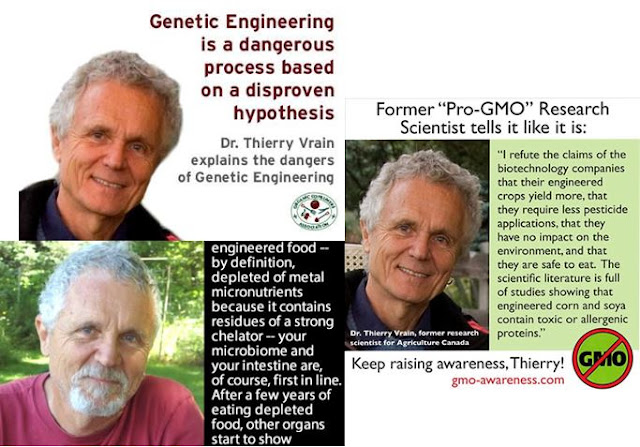 He says what the activists want to hear.  His tired and fact-less statements are counter to what the broad science consensus knows. Just fact-check these statements against the literature!

I've enjoyed private conversations with scientists at the museum, and as anticipated, they are disgusted. However, there are others inside the organization that feel an anti-scientific talk is appropriate, and that the job of a museum is to provide a platform for anyone with an idea.  Creationists, moon landing deniers, climate truthers, and anti-vaxers take note.

In fact, maybe HMNS can screen Vaxed: From Cover Up to Controversy, now that Tribeca had the guts to pull it.

The point is a simple one.  Does any idea deserve a reputable venue just because it exists?  After all, it is Texas, a place where teaching the controversy still is recognized as valid practice in many minds.

The answer is no.  A museum is not a marketplace of ideas, it is a house of facts.  It is not a temple of belief, it is a place of evidence. And Vrain's videos and quotations above show a strict reliance on belief, misinformation, and opinions not consistent with reproducible scientific evidence.

Controversy and debate are healthy in science, but it needs to be debating real evidence in a scientific framework.  We should use museums to debate methods, interpretations, and vetted results from different groups. That's good!

But it is not the place to let activists make up nonsense that harms public understanding.

It is unclear if Vrain just does not understand it or if he's being deceptive.  He seems like a good guy, so I do think it is the former, which is surprising, because he has training as a scientist.

And yes, I would be delighted to talk to him privately and help him understand.

Why is it a problem?  People are confused about genetic engineering and its role in food production. They don't understand the science, they don't trust the corporations. Reputable scientists have been publicly smeared by activists, and activists lie through their teeth to scare the public.  Concerned citizens simply want to know facts, so they turn to their trusted institutions, like Houston Museum of Natural Science to provide answers.

And tonight they will be treated to tales of how poisonous food in their homes causes allergies and illness.  They'll hear how herbicides are oozing out of their food and harms their bodies (just read the abstract).  Vrain's claims are not supported by any data or reproducible research.  They are ideas spawned by charlatans in an anti-scientific movement that seek to obtain political gains at the expense of adopting useful technology.

The Houston Museum of Natural History has sadly been duped into serving as a conduit of misinformation. Ultimately, their reputation will not suffer, as their greater mission and fine scientists will outlive this moment.

But a substantial number of people will leave the event misinformed and fearing safe food technology. They will walk out with reinforced notions that public scientists and scholars are liars, hiding lifesaving information from the public while pocketing free money from corporations.

Nobody should ever walk out of a museum less in touch with reality than they went in.