It has been a couple of months now since I received a public records requests from USRTK or The Food Babe Vani Hari.  They love reading the boring emails of a lifelong public scientist, hoping that they can funnel off specific statements and feed them to writers that can fabricate bogus accusations.

After turning over about 27,000 pages of email under records requests in the last two years without any resistance, they found no smoking gun.  Gary Ruskin originally said that he wanted to know why a scientist would possibly provide science-based answers on a website where the public asks questions. That was the original probe.

After 27,000 pages of email, they can see that I've done nothing wrong, nothing unethical, and that I'm pretty happy to enjoy a casual conversation with others.

But now they want more.  After they've retrieved all correspondences between me and every company you can think of, every other scientist in my discipline, and even entities I've never heard of--- now they want my interactions with the media. 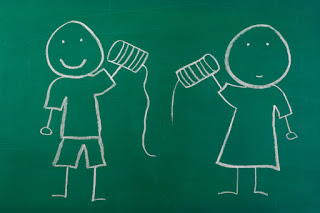 They could not intimidate me and other scientists from sharing the science, so now they want to break our ties to media-- the people that help us tell science's stories.

Why?  This makes little sense.  Do they think I'm being secretly paid off to talk to the public by someone that writes for the Washington Post?

My only thinking is that they feel if you can't stop the science, you can at least break its connection to significant media outlets.

The good news is that I don't think I have many correspondences with the folks in question.  There might be a few things here and there, and absolutely nothing that qualifies as a "public record" by definition. They'll get a few dozen pages of niceties, maybe a few questions answered, that kind of thing.

But will this have a chilling effect on writers who want to interact with qualified scientists in controversial areas?  This is exactly what happened to Michael Mann in the climate change attacks.  Activists couldn't silence him, so they intimidated the channels that would share his story.

Once again, the attacks on science and reason from a well-funded, industry-sponsored activist group will cost a public university substantial time and money.  They'll violate the privacy of journalists that may have asked questions because ironically, they felt they had a right to know.

The saga continues.  Intimidation, harassment, and a lame attempt to further silence science and those that communicate it.