The other day a group of food science students penned a letter to Vani Hari, criticizing her pseudo-scientific approach to food and health issues.  It was a thoughtful, reasoned and appropriate letter. They were speaking from a basis of evidence and science.

And instead of simply leaving it out in the internet, Hari actually responded.  In typical Food Babe fashion, she approaches criticisms from actual emerging scholars with a the usual barrage of nonsense and holier-than-thou attitude.  She actually tells these students that they are wrong on all counts.

University students are pretty sharp, especially grad students like these folks appear to be.  Their points are consistent with the scientific literature and the scientific consensus.  Well done.

Hari's reply is the usual indictment of stuff she doesn't understand, and adherence to her beloved suite of fallacies. I've parsed her arguments line-by-line, and as usual, she clearly just does not understand how science works, what 'safety' means, and what the state of the literature is on crop production methods. 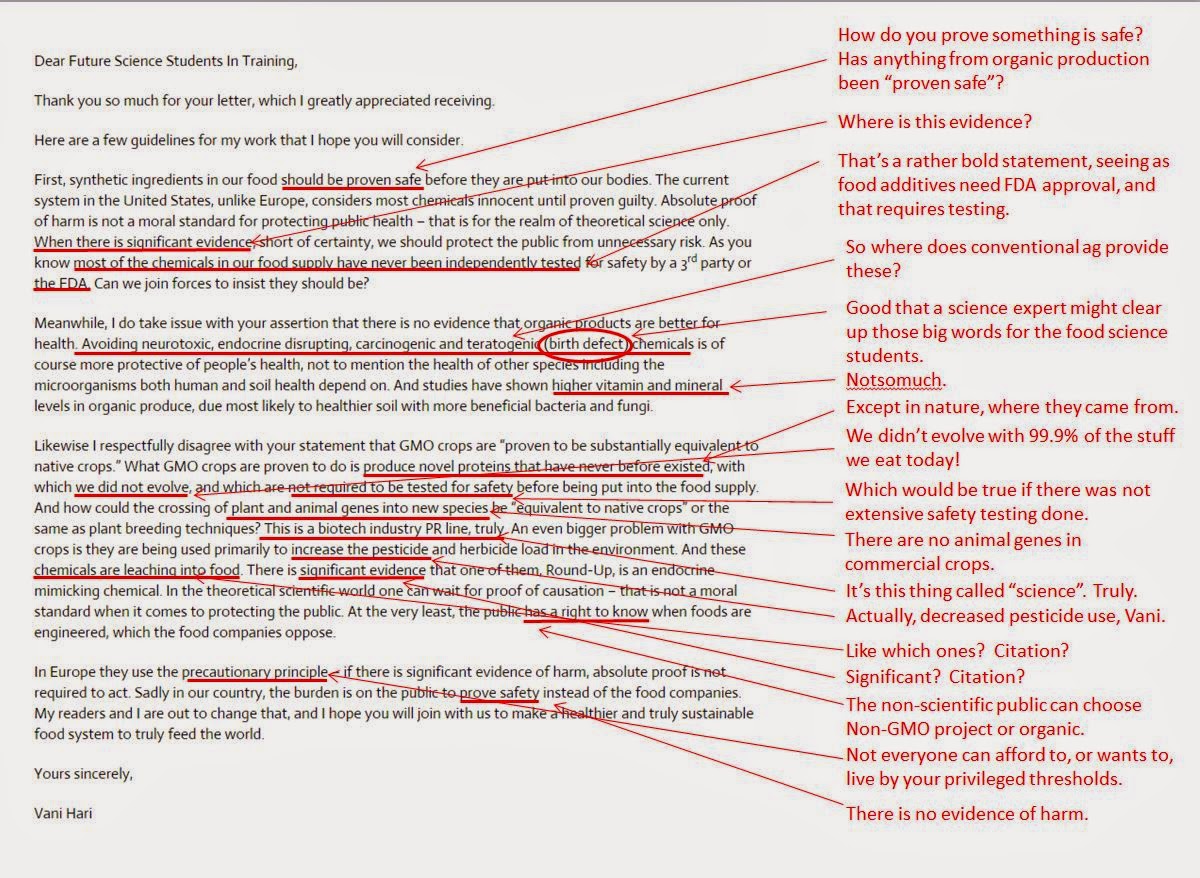 I cannot think of someone so clueless that thinks she's so clue-full.  The bravado to manufacture completely wacky statements is beyond arrogance, and to criticize students who approach her from a scholarly evidence-based point shows she's fully subscribed to her own deception.

Her reply also illustrates her disdain for scientists.  The fact that she thinks she can somehow fool those that are actually studying food science, steamrollering their flimsy facts with her righteous beliefs, is just so representative of her methods. She knows everything-- read her book, not that trash they give you at Monsanto University.

Well huge kudos to the students for writing a solid letter, and congrats on conjuring up a response.  Again, the science-blind leader of a broken movement tears into those that embrace science-- because it does not match her errant beliefs.  Well done, "future science students in training".  You provided an honest criticism, and her goofy response shows that it was warranted.