3. Future Crops for Florida, a topic I have researched extensively and even designed and taught a course on this topic. We were going to cover pre-breeding, domestication, and adaptation of other plants to Florida cropping systems. 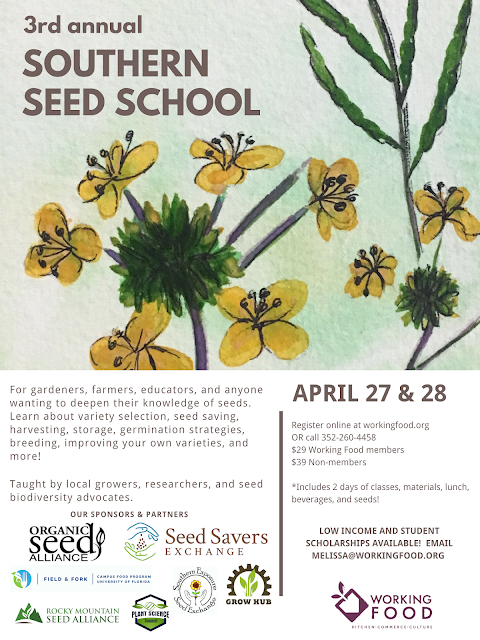 I have been removed from teaching at the Southern Seed School. Thanks haters, you removed a teacher from a classroom.

I reserved the rooms, organized other speakers for some of the other sessions, and prepared all of my presentations.  I made a really cool card game to demonstrate hybridization and genetic segregation, an important topic that seed savers should understand.

Last night I learned that I have been cancelled from the event.  One of the organizers, someone I truly respected, says it is because of my "baggage" and that I need to get beyond my "ego" and just let it go.  My blood is boiling.

My baggage. My full time job is research, teaching and extension. I volunteer in schools (taught 84 kids on Wednesday, each took home plants that I prepared), volunteer in retirement homes, public groups like Rotary, you name it.  I never turn away an undergraduate looking for lab experience and open my lab to scholars from every corner of the globe.  I volunteer to teach classes when I have no teaching appointment.  That is my baggage.

And it was a few evil reporters, "science friendly" bloggers (you know who they are), GM Watch, US-RTK, several others, and legions of Twitter trolls -- they created a very different narrative that now stops science from being taught.  Baggage Installed.  Mission Accomplished.

And of course, I blame myself too.  I blame myself for making human errors and having lapses in judgement at times that left me vulnerable to the anti-science interests.  Now I don't make those mistakes.  In a hateful world surrounded by character assassins, I'm not going to pass out the ammunition.

Also I thank Twitter for giving fake accounts that target scientists a forum for their dirty work.  Even when reported, the new anonymous accounts that target me are within "community standards".  They started a flurry of false information that started the momentum towards my removal. I wish everyday that your support of targeted harassment causes an exodus of users, and that you revise your policies. 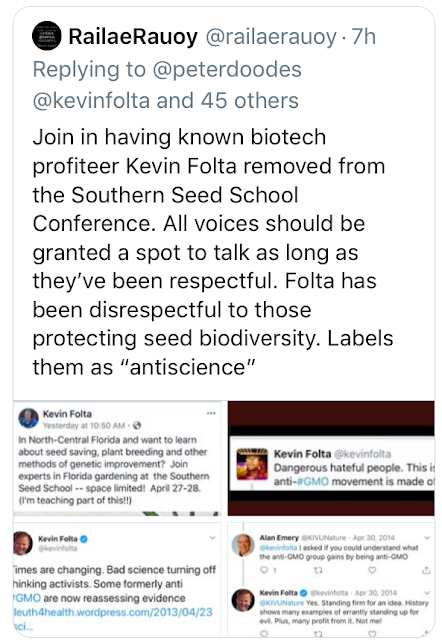 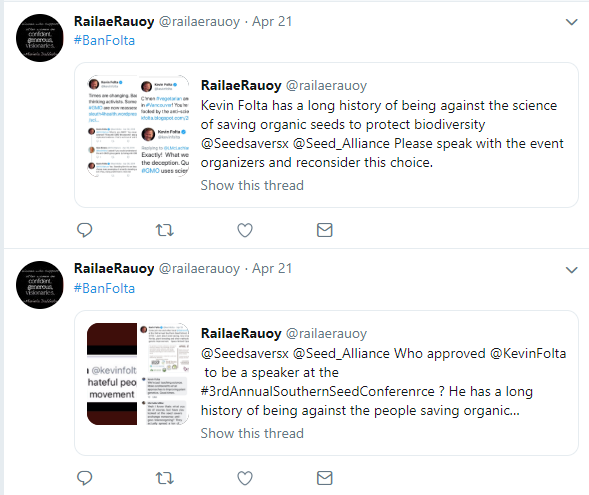 A Twitter account dedicated to my harassment was instrumental in shaping the decision to remove me from teaching a class on a Sunday, volunteering my time.

Over the last few years I have worked hard to extend science education to non-traditional audiences and speaking to a seed school of local gardeners about breeding, genetics and crop improvement would appear to be something consistent with that mission. But in a world where scientists are barred for saying "climate change", where doctors that teach principles of immunology are threatened with violence, and where pseudoscience runs rampant, I suppose this is only to be expected.