In January of 2011 Dr. Don M. Huber, formerly of Purdue University, wrote a warning letter to US Agriculture Secretary Tom Vilsack.  He wrote of a dangerous organism, new to science, that had invaded U.S. agriculture.  It destroyed crops, killed livestock, and caused tremendous harm to human health. It was directly linked to genetically engineered crops and the herbicide Roundup.

In November of 2013 I watched him speak to an audience of concerned people that audibly gasped when he showed pictures of the organism's devastating effects. People shook their heads in disgust.

At the same meeting I offered to sequence the DNA of the new organism he had isolated, only to have him say that it was already being done by collaborators in China and that it would be published shortly.  Then he said that it had no genetic material.

He was not counting on someone to be in the audience that could call him on his bullshit. 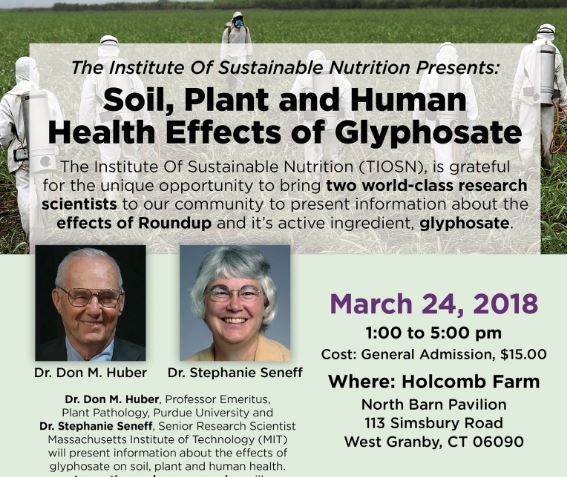 Almost eight years after his warning letter and claims of a mystery organism with zero evidence, Dr. Huber is still held up as an authority because he has (had) credibility and tells the credulous exactly what they want to hear. Once again, it proves that you can fool some of the people all of the time.

Still he is trusted by the anti-biotech movement, and travels the nation giving talks about the dangers of genetically engineered crops and associated products.

He also wrote a nasty letter, filled with false allegations about me, to my boss. He lied there too, and I proved it with a recording.

Why does the anti-GMO movement trust someone that lied to them, wrote warning letters to the US Ag Secretary, and never produced any evidence backing his claims?

The websites still hold tight to Huber's claims.  He's still a darling of a scientifically bankrupt movement because he has credentials says what they want to hear.


He Can Be a Hero

The sad part of this is that he'll be remembered as a crazy old loon that had a beef with a biotech industry and decided to fabricate a story to torpedo technology.  He was a decorated veteran, a recognized professor, and an expert in his field.  Why he'd trade that for a grudge and some plane tickets to talk to folks hostile to science and farming is beyond me.

All he needs to do is recant.  He can say he made it all up, he was angry, and now he realizes the damage he's done.

He'd be a hero again.  We forgive those that realize the errors of their ways.

I truly hope that Dr. Huber recants his bogus assertions, publicly and loudly.  Even though he wrote a letter to my boss seeking public censure and punishment, I'd be the first to congratulate him.

It has been five years since I kindly asked to help him and almost eight since he sent the letter to Vilsack.

It is time to come clean.