After yesterday's interactions there is no question that the recent events by USRTK and activist groups are simply a drive to fight scientific literacy, and dissuade students and newly minted academics from entering the discussion.  The libel, defamation and reputation harm we endure, along with veiled threats and undue criticism, stand to repel scientists from simply teaching science, and most of all, from participating in a public dialog.

Facts sometimes can be inconvenient to activist agendas, so they must eliminate or marginalize the teachers.  Here on a sunny Sunday, I present a story you may not know... but it has eerie parallels to today's discussion about the attacks on science and reason.

Nikolai Vavilov was a brilliant scientist and gifted geneticist, years before genetics was even a discipline.  His tireless collections of plant species, incredible observations and excellent science were decades before his time.  His collections of seeds are among the world’s greatest and his botanical tenets remain underpinnings of modern crop biology.

Nikolai Vavilov, brilliant botanist and plant collector.  He was murdered for his science that was not accepted by those that held "alternative" views in science.

Here’s the punch line.  Vavilov would be arrested and tried by the Stalin regime for his views on science.  He would die in prison for his science.  He remains to this day a hero among academics in plant breeding, and a martyr of science.

Nikolai Vavilov was born in 1874.  He attended fine academies and quickly found himself among Russian luminaries of science.  In 1917 he became a professor at Saratov University, and quickly gained attention as one of the world’s foremost experts in plant biology.

He attained this distinction because of his expeditions and collections.  He traveled the globe, identifying new species and trends of diversification within plant populations.  He traveled into uncharted areas of the world to better understand plant biology and plant diversity. During his travels he documented skirmishes with bandits, and bouts with malaria and typhus.  Throughout his career he traveled to 64 countries understanding plants, taking massive collections (160,000 cataloged under his direction), careful documentation and generating huge amounts of data.  He wrote many books and scholarly papers, spoke fifteen languages, and introduced ideas that were revolutionary in a time where the concepts of the gene were just bubbling to the fore.

He would rise to the position of Deputy Director of the Soviet Bureau of Applied Botany.  At the peak, the institute was home to over 20,000 scientists and 400 research laboratories.  Some concepts, such as the Law of Homologous Series of Variation (1920) are still taught in contemporary breeding and evolution classes, and as far as traits go, typically hold up to modern molecular scrutiny.

Vavilov lived during the transition to Stalinist Russia.  Lenin died in 1924, and Stalin took charge of the country.  With this change came a frank denial of Darwin and his fundamental principles.  Vavilov, being a scientist and witnessing living examples consistent with Darwin’s ideals, held views consistent with the emerging concepts of genetics. 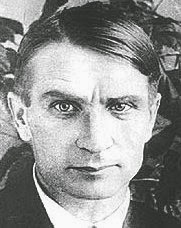 T.D. Lysenko claimed that species changed because the environment "trained" next generations. His data were limited, he was criticized by scientists worldwide, but those in charge in his country accepted and lauded Lysenko and his "science" because it fit communist ideology better than Darwinian ideas.

Coincident with as Vavilov’s ascendance, a young scientist named T.D. Lysenko began working under his direction.  Lysenko examined vernalization, the process of inducing flowering by subjecting plants to cooler temperatures.  This is an important agricultural trait to understand, as it governs when food will be produced.  Lysenko became a prominent voice in plant science, and was appreciated by the Soviet government because his ideas of Lamarckian evolution fit the government’s preferences over Vavilov’s Darwinian slant.

Lysenko had narrow training and rejected Mendelian genetics and Darwinian evolution. He was opposed to the use of hybrid maize, a concept that was gaining acceptance at the time.

The contrast was becoming more clear.  Lysenko pushed a concept that conditioned changes could be inherited.  His hypotheses were based on a single plant, and he was seriously criticized by the wider scientific community.   On the other hand, Vavilov adhered to Darwinian concepts, indicating that traits were inherited and predictable in populations.  (Sound familiar in the modern context?)

Meanwhile, Vavilov invited American-resident Russian scientist Georgi Karpechenko to return to his home country.  Karpechenko was well known for his studies of speciation in plants, particularly in examination of polyploids (plants that possess too many sets of chromosomes). In 1940 Karpechenko eventually returned to Russia.

Science of inheritance and chromosomes discussed by Vavilov and Karpechenko did not resonate well with Stalin-regime leaders. They were described as "Mendelist-Morganist enemies of the people" (Mendel being the monk that made the primary observations of inheritance, Morgan being the scientist that initiated chromosomal theories of inheritance and genetic linkage).  Lysenko’s ideas of nurture being more powerful than nature matched well with the communist doctrine, as they found the idea that change could be installed to be consistent with their philosophy.  Stalin’s government then would dictate the rules of biology, and how they were applied.

During the late 1930's in a roundup USRTK would be proud of, geneticists were arrested and tried.  Many of them were murdered for their acceptance of Darwinian evolution.

Among them would be Vavilov and Karpechenko.

Vavilov was the director of a prestigious scientific institution, so his arrest would bring great public attention.  He was invited to an excursion in what is today western Ukraine, and in 1940 he was arrested.   The collecting excursion was designed to get him into a place where there would be little news, little controversy when arrested.  Vavilov was returned to Seratov where he was tried and convicted.  He was supposed to have been executed by firing squad, but he was spared to twenty years in prison.

Arguably the greatest scientist of the time and one of the best plant scientists ever was then incarcerated in the Seratov Prison, a hideous gulag where he suffered in horrendous conditions, sustaining himself on moldy flour and cabbage.

He died 2.5 years later in 1943 of cardiac failure at the age of 55, malnourished and wasting in solitary confinement.

Fellow scientist Kapechenko, along with some of his colleagues, were arrested and executed by firing squad in 1941 for practicing "forbidden sciences of genetics".

During his confinement, Vavilov stood by his science, stood by his understanding,  eventually to his demise. He wrote, with reference to The Inquisition, "We shall go to the pyre, we shall burn; but we shall not retreat for our convictions."

To stand with 40 other scientists that are preparing for a public reputation execution based on contrived narratives hyperbolic claims of corporate collusion, is not to directly compare to Nikolai Vavilov.  He sits aside Borlaug and few others in his scientific stature and in his impacts on modern plant science.

The point is to compare where ideology violently overrules science.  It is relevant again as we witness a new war of anti-scientific ideas, along with an orchestrated intimidation and harassment of public scientists, and even threats of violence.  The suspicion generated by USRTK  foments anger and hate, as even an innocent outreach program's funds are deemed high collusion by those that need to silence scientists.

Sometimes it is good to review where denial of science led to tremendous backslides in progress.  It is critical to review the instances in history where ideology made irreversible errors that harmed innocent stewards of science, and without question slowed progress in the future of food.
at August 09, 2015