As someone that has followed recombinant DNA technology for almost four decades, I can remember the awakening of the technology.  As it moved toward implementation, I remember what activists said.  I remember dire predictions of doom and gloom, of horrors and suffering.  Most predicted that every animal consuming GM feed would be dead within days, maybe a year if they were lucky... including humans.

Here we are 18 years later, and none of those predictions came true. None.

Of course, papers like the famous Seralini Lumpy Rat Extravaganza argued that consumption of transgenic crops, or the herbicide used on them, caused massive and grotesque tumors (that the controls got too- but the authors conveniently forgot to show).

For over twelve years retired plant pathologist Don Huber has traveled the globe, warning of a GMO-based pathogen that is killing humans and animals that consume the feed.

Based on their dire predictions, it is a wonder any of us are still alive.  Especially the animals.  Cattle, pigs, chickens-- all they get is GM foods, >95%. 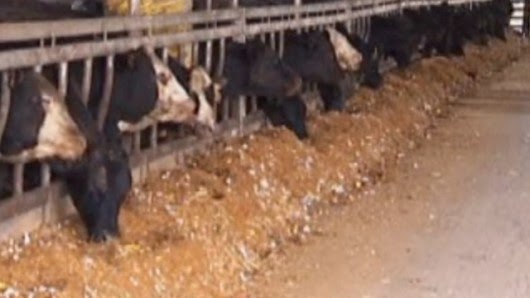 Based on predictions from activist community in the 1990's, Serlini's rat study, and Huber's mystery pathogen, these animals consuming 100% GMO diets surely would be sick or dead!
Turns out, nothing is different.

A new paper from Dr. Alison Van Eenennaam and colleagues includes a survey of USDA information since the 1980's.  Over this time, over 100 billion animals received careful assessment for important characteristics.  In 1996 the animals switched from non-GM feed to almost 100% GMO feed.  What horrors unfolded?

The animals did just fine, the same before and after GM crop introduction.  Not better, not worse, the same.  As predicted.

Of course, critics are scurrying to move goalposts and downplay the findings.  They can't approach the data with reason and evidence.  Instead, they are feverishly scouring university records to identify any distantly feasible hint of corporate collusion, fabricated relationships that they could spoon feed to hungry believers shocked by scientific data that don't support their flawed cherished pseudo-scientific conclusions.

Sure, there are limitations to the data, just like any data set.  However, they do show that 1990's predictions, Seralini and Huber are wrong.   These animals grow rapidly, change quickly, and any issues in health reflect dramatically in animal health metrics. Even small differences would be conspicuous in such a massive sample size. Yet no changes were seen, suggesting that the products were benign, as predicted.  Food. Simply food and nutrition for growing animals.

100 billion animals, 100% GM diets, no sign of any disaster.  Watch GM opponents dance in an attempt to discredit these data, while fervently standing by none of their own.